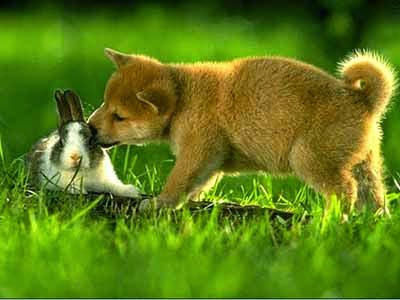 Late Tuesday morning mews, Springtime frolicking Big Cats... so, humid and warmish on the tame prairie... yesterday was misty with a bit of rain... anyhoo, the flowers are blooming beautifully... and the neighbors cows evidently think the grass is greener in the Kougaress's pastures... which it could be... certainly, it's lusher... so there's that ongoing drama since this Big Cat doesn't want them wandering onto the road... whatever, this year, for the first time, peach blossoms are covering a young peach tree... and the Kougaress has seen a bumblebee and other insects on the blooms... so maybe she'll get some peaches, which would be wonderful! ... so, the internet connection problems continue to plague this Big Cat... but it's on the internet end, which is good, but completely frustrating... especially when trying to pay a bill online, and it cuts out. ~sighs~

Keep preparing for all the coming superstorms of life, most darling kittens. And remember, this Big Cat loves ya!
~~~~~~

The Kougar penned Volcano's Weekly Angelic Forecast... which is posted at Kougar Kisses, and at these two sites ~ sirenbookstrand.blogspot.com & ~ titlemagic.blogspot.com ~

At this point, the Kougar is considering NOT penning Volcano's Weekly Angelic Forecast, given the time and extensive energy required... not to mention the time lost in writing on her current WIP... but who knows for certain?  She's just majorly overwhelmed.
~~~

(Name note: this is NOT the Chloe who’s married to Mayor Gil. This is the other Chloe, the human ex-reporter turned paranormal romance writer who’s married to wolf shifter Dale Hancock. Mrs. Gil is NOT messing around on her husband. Just so we’re straight on that.)

Dale Hancock stretched out in bed, waiting for his wife. All he had on under the covers were a pair of boxers, and he didn’t expect to be wearing those for long. Chloe was buried up to the eyebrows in her current magnum opus. Every time she hit a sexy part—which was often, given the kind of books she wrote—Dale got to reap the benefits. Repeatedly, if he was lucky.

CLOSED DUE TO SPRING FEVER?!
by Solara

Gill wiped his eyes, stuck a finger under his nose, and inhaled----“AACCHOOO!”

Another round of allergy meds lay on the bar.  Louie looked up from where he sat, sniffling and nodding.

“Who ever thought we’d need these?”  Louie pointed to the two antihistamine pills closest to him.

Gill blew his nose.  “Damn I sound like those geese that came through a couple weeks back.”
~~~~~~

Hot Chocolate Shown to Boost Memory, Brain Health
A few cups of hot cocoa each day could improve your memory and fight mental decline in the elderly, researchers from Harvard point out.
~~~~~~

The Mystery of the Lost Ark in Japan
Saturday, April 4, 2015
Brent Swancer details the unique theory that the famed Ark of the Covenant ultimately ended up in Japan. — Mysterious Universe
~~~~~~

The forgotten pyramids of Sudan
Monday, April 6, 2015
Few visitors have been making the trek out to the country's northeast to see the secluded Nubian Meroe pyramids. — Aljazeera
~~~~~~