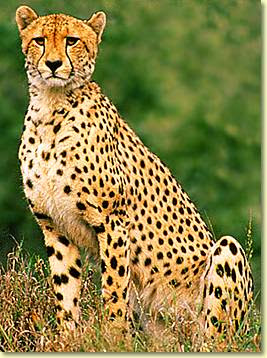 for the ShapeShifter Seductions free read...
Late night mews, Friday-night frisky Felines... the moon was a bright misty orb in the sky this evening... and the day warmed up nicely with lovely blue skies... yep, nothin' but busy in the extreme... ya know, this year the holidays just don't *feel* the same... why that is... ~shrug~ ... but maybe it has to do with the intense new cosmic energy hitting us all... and it could be partly due to the 'stress' of these times.

So, darling kittens, enjoy your weekend and keep stocking up for the times ahead. And remember, this Big Cat loves ya!
~~~~~~

So, the Kougar is about to cross the finish line on our ShapeShifter Seductions free read, LOVE TO THE RESCUE. She added author blurbs, etc., and checked over the formatting... made a list of chapter titles because Amazon requires it. Yeah, a lot of work goes into setting up an ebook. Anyhoo, if you like those shifters and supernaturals... and lots of paranormal, high-adventure fun... then you just might like this flash-scene novel.
~~~~~~

Mystery 'face' on Mars: UFO blogger claims NASA head photo is a sign of past life
Scott Waring claims he has found signs of life in an old Nasa photo
Image comes from the Washington-based agency's first rover on Mars
This was called Sojourner and it landed on the planet on 4 July 1997
In the image a rock seems to have a human-like appearance
Mr Waring says this indicates the planet was once inhabited
~dailymail.co.uk/sciencetech/article-2825148/Mystery-face-Mars-UFO-blogger-finds-rock-resembles-head-old-Nasa-photo-claims-s-sign-past-life.html~
~~~~~~

Ancient DNA shows earliest European genomes weathered the Ice Age
Details on a ground-breaking new study on DNA recovered from a fossil of one of the earliest known Europeans. — PhysOrg.com
~~~~~~

Night of the Saucer Crash: The Monte Grande Conspiracy Continues
The official story states that a gas leak caused an explosion in Monte Grande on the evening of 26 September 2011. — Inexplicata
~~~~~~

Cockroach Biobots Equipped to Track Sound
Tech Swarm - There is a move afoot not only to mimic nature in order to create new types of robots and drones, but to actually modify nature itself by creating cyborg "biobots."… North Carolina State University researchers have developed technology that allows cyborg cockroaches, or biobots, to pick up sounds with small microphones and seek out the source of the sound. The technology is designed to help emergency personnel find and rescue survivors in the aftermath of a disaster. The researchers have also developed technology that can be used as an “invisible fence” to keep the biobots in the disaster area.
~~~~~~