...he heard the telltale gobbles... 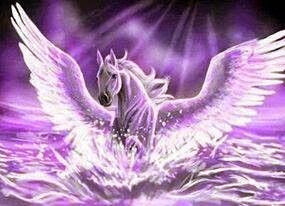 Late night mews, Unfreezing and Ferocious Felines... after the record-breaking, brrr-nasty cold last night, it looks like the polar vortex is easing up... yep, warming-up temps on the way... yay!!! ... the Kougaress is winding down from a long, do-everything day.

So, most darling kittens, with Thanksgiving next week, the Kougaress hopes you will be dining well, and enjoying those dining with you. And remember, this Big Cat loves ya!
~~~~~~

So, a couple of announcements. Once I get some time, I'll put the finishing touches on our ShapeShifter Seductions free read, LOVE TO THE RESCUE, and upload it  to Smashwords, etc. Serena Shay has designed a lovely and character-perfect cover.

Also, the final edit for RIDE THE ROAN STUD, written by my alter ego, Stevie Klark, has been turned in. If you want to check out the fab-beautiful cover art click on last week's post.

Drev aimed his hunting rifle at the ten foot tall, densely woven bush where he heard the telltale gobbles. He followed the emerging flurry of wings as the wild turkey began to take off in flight. About to the pull the trigger, his jaw dropped instead.

Random Acts of Kindness Can ‘Change the Brain’s Chemistry’
Christina Sarich | Have you ever wondered if someone with even the hardest exterior could learn sensitivity and love?
~~~~~~

THIS WOULD JUST BE COOL TO SEE 'NEWS' ~

When Twins Take Over the Town
For one weekend each year, Twinsburg, Ohio, becomes the world capital of seeing double. — Narratively
~~~~~~

'Forgotten' Brain Region Rediscovered a Century Later
A major pathway of the human brain involved in visual perception, attention and movement is finally getting its moment in the sun. — LiveScience
~~~~~~

Grimm brothers’ fairytales have blood and horror restored in new translation
‘It is time for parents and publishers to stop dumbing down the tales for children,’ says editor of uncut edition. — The Guardian
~~~~~~

So, how do you slay Goliath? ... okay, did you know that owning a slingshot is illegal in New Jersey? ... and not only in that state, but in other states as well. The Kougaress heard this amazing *take weapons away from the people* idiocy on one of the radio shows she listens to regularly. The caller was warning people to be careful about 'not' packing a slingshot in a bugout bag because they could go to prison if they're caught with said slingshot.

Okay, here's a possible solution. In one of the earliest episodes of the TV show, BEVERLY HILLBILLIES, Ellie Mae was up in a tree using a bra as a double-barreled slingshot... 'cause she didn't know what that particular garment was for, having been raised as a hillbilly. That was the sitcom joke. Anyhoo, there ya go. Experiment at will, and don't admit to using a bra like you would a slingshot. But just imagine Goliath running like hell as you aim that double-barreled baby... or, you can imagine the giant *wham-wham* getting struck, both eyes blinded, crushed by your good aim... and then 'timber' crashing to the ground so hard it causes an earthquake. ~yeah, tongue in cheek~ still...
~~~~~~