AS TOLD IN SONG AND MUSIC... 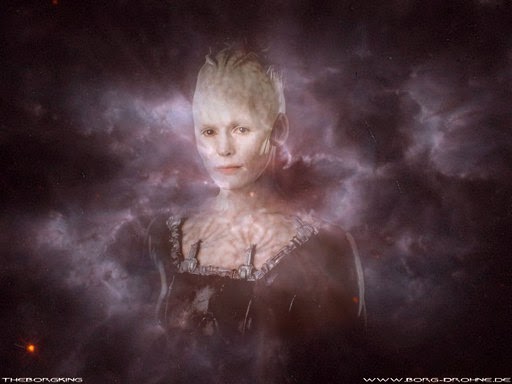 Morning mews, Splendiferous Felines... it's warming up on the tame prairie nicely, and the skies are a beautiful Autumn blue... the polar vortex ain't happening yet... so, the Kougaress crashed early and didn't post because she was just too exhausted... in fact, she ended up resting more than usual yesterday, which definitely helped.

So, most darling kittens, lots of massive changes on the way. Keep your feet in the game, and keep your cat-balance. And remember, this Big Cat loves ya!
~~~~~~

The Kougar worked a bit on our ShapeShifter Seductions free read, LOVE TO THE RESCUE... and did other authorly odds and ends stuff.
~~~

BATTLE FOR THE PEAK AS TOLD IN SONG AND MUSIC: THE PEAK'S ARTISTIC SIDE
by Solara

Gill stopped as he reached the podium in front of the two groups occupying the stage.  He turned and applause broke out.  He bowed and faced the choral group and community orchestra.

Picking up the baton laying on the podium, Gill glanced over to the orchestra.  Miss Elly sat at the piano, her hands on the keyboard ready to begin.  Close by, her husband, Vernon sat his trumpet raised.  Others from the city council met his gaze with their instruments raised as well.  In the seats next to the chorus, Rachel sat holding a century old violin.  Gill blinked as he glanced to the tall blond male next to her.  Tyburn saluted him with his cello bow.
~~~~~~

How to check if your universe should exist
The theory of eternal inflation casts our universe as one of countless bubbles in an eternally frothing sea. — Wired
~~~~~~

NAW, IT WAS WAY EARLIER THAN THAT 'NEWS' ~

Earth's Water Existed 135 Million Years Earlier Than Thought
By Calla Cofield, Space.com Staff Writer
11/3/2014 9:45:48 AM
The water that supports life on Earth may have been on the planet much earlier than scientists previously thought, new research suggests.
While the environmental conditions in Earth's early years made it impossible for water to remain on the planet's surface, scientists have found evidence that the ingredients for water were protectively stored inside rocky bodies near our planet - and maybe inside Earth itself. The new findings suggest that there was water in the inner solar system 135 million years earlier than previous evidence had shown.
~accuweather.com/en/outdoor-articles/astronomy/the-water-that-supports-life/36785752
~~~~~~

Time to Co-op the GooBorg ... a very informative show with Andrew Greig about the layers of Google, and it's bid to dominate not only the worldwide web, but the world itself. He affectionately calls Google the Borg because it is futile to resist... and yes, apt in so many ways!!! Anyway, Andrew's suggestion is to co-op Google, and he gives some useful and valid suggestions about how we the people can seize control, at least, in limited yet significant ways. Given Google is a compilation of useful tech-social people, who don't have a real clue about the real mission of Google, and the top dark-side echelon, which is Borg-like, and assimilating everything and everyone, the Kougaress has dubbed it not only Goofle but the GOOBORG.

Confessions of a Google Insider

Filling in for George Noory, Richard Syrett welcomed CEO of Vizzeco ~vizzeco.com/about-us/our-team~ and Google insider Andrew Greig during the first half of the show. The visionary technology expert revealed the inside scoop on the Internet search giant. Greig affectionately compared Google to the Borg from Star Trek since most companies find it futile to resist technology which helps save as much as 70 percent on the cost of computing and communications, and can reduce an organization's environmental footprint by 98 percent. He commented on Google's recent acquisitions of artificial intelligence, quantum computing, and robotics companies, noting it has all the makings of a sci-fi movie.
"Google has more information on the people of the planet and more influence on the people of the planet than all of the governments combined," Greig continued. He spoke about the challenges of consolidating so much information, noting that Google has been broken into by the NSA and China, and how the world might benefit if the company decentralized. Greig credited a Google executive with orchestrating the Egyptian Revolution and toppling the Mubarak regime (related video ~youtube.com/watch?v=LxJK6SxGCAw~), commented on the tech giant's race to buy up Greece, and explained how Google's cloud-based platform is at the forefront of largest transfer of wealth in human history. He also spoke about a near death experience he had in Costa Rica that he induced with coconut water, sun-dried cacao, lemon juice, and aspirin.  ~coasttocoastam.com/show/2014/11/07~
~~~~~~

Would you trust Google with your genetic data?
Firm reveals storage service for $25 per person in bid to boost personalized medicine and drug discovery. — Mail Online

HEADLINE ~stevequayle.com~ Google Wants to Store Your Genome For $25 a year, Google will keep a copy of any genome in the cloud.
~~~~~~