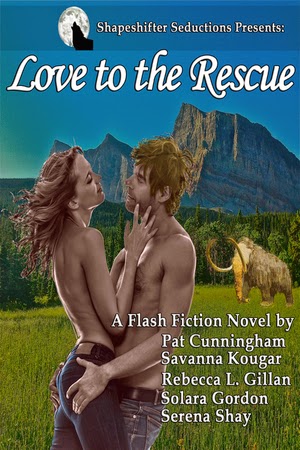 End of Black Friday mews, most lovely and beautifully languorous Felines... a warm day that this Big Cat enjoyed since she could go outside and not freeze... but the shopping thing, well mostly the Kougaress ignored all that utter, hype-you-up madness... she checked out one item, but it wasn't the one she needed... then when she was checking out some food items on Amazon, it basically froze... so that was the end of that... and speaking of Amazon, the Kougaress uploaded LOVE TO THE RESCUE, only to discover you can't do the *free* thing anymore... then Amazon Kindle got all weird about 'finding the story content' on the web... well, duh, since it's a flash fiction novel, or flash scenes we ShapeShifter Seductions Authors' wrote and posted, which was basically explained in the front info of the book, if they'd bothered to read it... so, this Big Cat may have to unpublish our freebie ebook on Amazon.... as it was she had to click the 99 cents price... whatever... ~sighs~

So, darling kittens, keep stocking up for those superstorm emergency situations. And remember, this Big Cat loves ya!
~~~~~~

The Kougar is about to start Chapter Four of her short Talbot's Peak holiday story.
Okay, the Kougar signed up for the linky blog hop MY SEXY SATURDAY at  ~mysexysaturday.blogspot.com~ and will be posting at TITLE MAGIC ~titlemagic.blogspot.com ~
Remember! Shapeshifter lovers, our ShapeShifter Seductions *free read* LOVE TO THE RESCUE is now available at Smashwords... here's the link ~https://www.smashwords.com/books/view/496828~
~~~

Doing it with Gusto!
by Serena Shay

Alas, no flash from me today.  Between school and turkey day, Mz. Muse has been squashed into a corner.
~~~~~~

Limestone 'Venus' 23,000 years old dug up in France
Archaeologists stumbled on the Paleolithic-era sculpture during a dig in the summer in Amiens, the first such find in half a century.
~~~~~~

THIS OUTTA BE INTERESTING 'NEWS' ~

Flying robots to start serving in restaurants by end-2015
Infinium-Serve, the autonomous flying robotic waiters, will be first launched at one of Timbre Group’s five outlets in Singapore. — Channel NewsAsia
~~~~~~

World's Newest Lava Lake Appears in Africa
Heralded by fiery lava fountains and plumes of poisonous gas, a new lava lake has appeared atop one of Africa's most active volcanoes. — LiveScience
~~~~~~