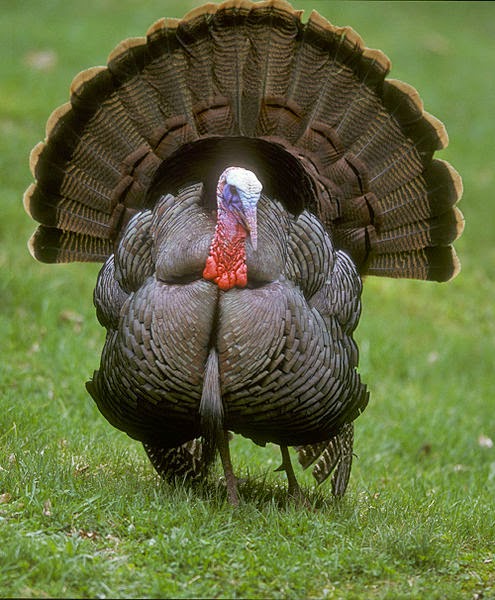 Late night mews, daring and darling Kittens... so, a dreary gray day on the tame prairie with no rain to speak of, yet... however, the temps were much milder... wow, the Kougaress lost her energy for a large part of the day... but has recovered some now... good thing, since she has so much to get done.

Anyway, darling kittens, the Kougaress is wishing you a very happy snappy Thanksgiving celebration. 'Cause she loves ya!
~~~~~~

The Kougar worked on her bio and profile for Stevie Klark... so far so good. She hopes to e-send it to Siren Publishing tomorrow.

Yes, the Kougar signed up for the linky blog hop MY SEXY SATURDAY at  ~mysexysaturday.blogspot.com~ and will be posting at TITLE MAGIC ~titlemagic.blogspot.com ~
~~~

And So it Begins...
by Serena Shay

“Watch out,” Ziva growled at the nervous intern who looked a lot like that wascally wabbit of her youth.  That bunny wouldn’t stand a chance against her, at least the pre-preggers her.

“That’s right, run-away little hasenpfeffer.”  She chomped her teeth in the air at his direction and watched him run.
~~~

The Future Of Relationships? Soon Millions Of Men Will Be Having Sex With Life-Like Female Robots
Michael Snyder | If men had a choice between real women and female robots that were almost “virtually indistinguishable” from real women, which would they choose?

Unnervingly human androids coming to a future very near you
Chillingly life-like robots are causing a storm in Japan – where their creators are about to launch them as actresses, full-size mechanical copies for pop idol fans, and clones of the dearly departed. — Mail Online
~~~~~~

HEADLINE ~stevequayle.com~ Ancient Martian civilisation was wiped out by nuclear bomb-wielding aliens - and they could attack Earth next, claims physicist
~~~~~~

Strange Light Over Urals November 20, 2014
A Russian motorist's dashcam captured a mysterious flash that lit up the night sky over the Ural Mountains last Friday. "For a few moments night turned into dazzling day, then everything went dark again," one witness told The Siberian Times. ~coasttocoastam.com/pages/strange-light-over-urals~
~~~~~~

New 40-seat 'Bio-Bus' runs on human waste
The UK has launched a new type of environmentally friendly bus that runs exclusively on waste products. — The Guardian
~~~~~~

Why a young boy is claimed to be reincarnated Marine
A four-year-old Virginia boy, Andrew Lucas, is claimed to have had a past life as a Marine killed in 1983. — Discovery News
~~~~~~

Doctors baffled by 'resurrected' woman
A woman who stopped breathing for over two hours suddenly woke up long after all hope had been lost. — Unexplained Mysteries
~~~~~~

Image of Virgin Mary grows on tree in Iowa
The mysterious image of what many are calling a perfect likeness to the Virgin Mary can be seen on the side of tree located at the intersection between 3rd Street and Bridge Road in Polk City, Iowa. — Examiner.com
~~~~~~

Earthfiles investigative reporter Linda Moulton Howe ~earthfiles.com~ discussed odd earthquakes and low rumblings that have been happening in the Cedarville and Mt. Lassen, California region; the 51st anniversary of the assassination of President John F. Kennedy; and a pregnant cow mutilation with a possible implant in the ear in a Missouri pasture, at the same time as a neighbor saw a beam of light extend down from a bright object in the sky. Linda detailed several reports of loud boom sounds heard around the country. People in the town of Cedarville have reported swarms of small earthquakes associated with ominous rumbling sounds and periodic unidentified aerial phenomenon.

Linda spoke with residents Curtis Rose, who described hearing the strange mechanical sounds and seeing red lights and orange orbs in the sky, and a woman named Cindy, who also witnessed unusual light activity. In an interview with writer for the Modoc County Record, Jean Bilodeaux, she described the strange aerial lights that have appeared over the town and how it seems linked to the low rumbling sound. "If you heard low rumbling, you knew lights were coming," she said. Bilodeaux also spoke about what USGS scientists are doing to monitor the mysterious seismic swarms happening in Cedarville and possible link to the Yellowstone hot spot. Read Part 1 and Part 2 of Linda's full report.

In her third report, Linda presented an interview with author Jim Marrs about the assassination of President John F. Kennedy and how Lee Harvey Oswald may have been a fall guy for the CIA. "[Oswald] said, 'I'm a patsy,' which implies that he was set up take the blame for that crime and I think there is some pretty compelling evidence that he was probably telling the truth," Marrs said. Linda also reported on some high strangeness in Missouri, where a shocked ranch owner found the mutilated remains of his pregnant cow and a glowing implant in her ear. "He is convinced that specific animals are selected for a genetic harvesting and tagged with identifying implants similar to the concept of implants in human abductees, she revealed.

In the first hour, researcher Rhettman Mullis ~bigfootology.com~ provided an update on the search for Bigfoot and the latest research in the field. According to Mullis, Bigfoot activity increases in the fall as the creatures move down to lower elevations to feed before winter. Apple orchards are a popular destination, he noted. Mullis announced Dr. Bryan Sykes' upcoming book, Nature of the Beast: The First Scientific Evidence for the Survival of Apemen into Modern Times, which delves into the DNA analysis of a mysterious hair sample. Mullis recounted the time he chased after a female Bigfoot as well as commented on those who wish to hunt down the supposedly aggressive creatures. Though there are rare examples of Bigfoot violence, it is almost always provoked, he explained, adding that numerous reports show them to be helpful and benevolent.
~~~~~~