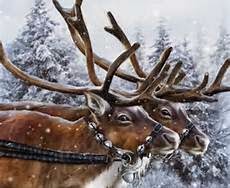 at SHAPESHIFTER SEDUCTIONS ~
Afternoon mews, cuddled up Felines... so, a little before eleven am on Thursday, NO DIAL TONE... the Kougaress found out from the neighbor that centurylink had crashed bigtime! ... the neighbor had no internet, and this Big Cat had no landline... thus, her dialup was useless... then, nothing was fixed until around five in the afternoon yesterday... however, not for the Kougaress... she kept checking her outside phone box, one of them, and nothing but dead, dead, dead... this Big Cat didn't discover until late this morning that her second phone box was working... thank goodness! And she had enough phone cord stuff on hand to make that work... she'll be buying more, and more connectors... yeah, it's complicated because of how things were originally set up... but what a brain-hurting nightmare, for the most part, listening to regular radio talk shows... nothing but mindless jibber jabber ... nothing but useless, clueless drivel... except for a few bright spots... this one guy called up about how his father had been given a live goose in trade for a service before Thanksgiving... this was in ancient times, probably in the sixties... anyhoo, he didn't know how to dispatch the 40-50 pound goose... needless to say it was a horrific and a funny scene as the guy described how his dad fought with the goose for about half an hour before the inevitable happened... one of those you don't want to laugh but yet there is that absurdly comical aspect to it... so, anyway, the Kougaress is back and blogging in this polar vortex cold that needs to head on back to Santa land.

Stay warm, most darling kittens, and prepare for more communication outages like this because likely they're on the way.
~~~~~~

So, the Kougar did start a short holiday type story while she couldn't be on the internet... but it's still up in the air as to how it will all work out. Plus she received her final edit for RIDE THE ROAN STUD, written by her alter ego, Stevie Klark... it's ready to be e-sent back, and looks good!
~~~

“Not until I met you…” Greely revisited Erol’s words from the previous day as she stared out the window of her opulent suite. Those five words played like an earworm on steroids through her skull. It was, by far, the most romantic thing he’d ever said to her and also the most frightening.
~~~~~~

From COAST TO COAST AM ~ Alien Headstone in Aurora
According to a Dallas Morning News article, a cigar-shaped UFO crashed in the little town of Aurora, Texas in 1897 - that's 50 years before the Roswell Incident! The wreckage from this extraterrestrial vehicle included a tiny humanoid who, according to the reporter, was "not of this world." The strange event is also mentioned on the Texas State Historical plaque at Aurora Cemetery, where the mysterious creature was buried.
I live near Aurora and was fortunate enough to take several photographs of the alleged space alien's headstone before it was stolen last year. You can see other photos and read more about this strange tale by visiting this post on my blog. ~mentalmosaic.com/tuisnider/2014/09/12/space-alien-grave-in-aurora-the-roswell-of-texas~
--Tui Snider
tuisnider@ hotmail.com
~~~~~~

Amphipolis skeleton from Alexander's time found in Greece
The culture ministry said the almost intact skeleton belonged to a "distinguished public figure," given the tomb's dimensions and lavishness. — BBC News
~~~~~~

WE NEED A COUNTRY FILLED WITH PEOPLE LIKE ARNOLD 'NEWS' ~