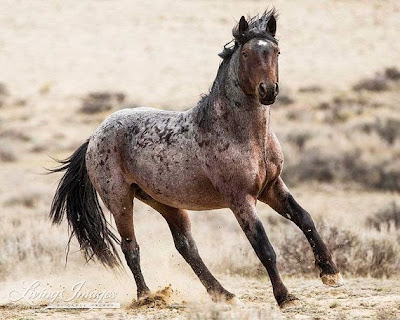 Late night mews, 'Autumn Full Moon' Big Cat Beauties... the nearly full moon rose over the Kougar's barn in the eastern, early evening sky... a pale shade of lemon, she was absolutely gorgeous... and the sunset was a spectacular neon shade of orange... and yesterday sundown was another neon shade of deep pink... just utterly, startlingly beautiful... also, the Kougar saw a lovely cardinal just outside her kitchen window today... he was feasting on horsetail seeds... a somewhat mild breezy Fall day on the tame prairie... so, yeah, a long manic day of getting stuff done... again.

So, darling kittens, keep those beautiful paws moving forward in life. 'Cause you are absolutely amazing. And remember, this Big Cat loves ya!
~~~~~~

GOOD NEWS! For the Kougar... she received the cover art for her alter ego, Stevie Klark. To check it out, here's the link: ~stevieklark.blogspot.com/2014/11/cover-reveal-ride-roan-stud.html~

Cover Reveal ~ Ride the Roan Stud
Cover Art by Harris Channing
She did a beautiful job! Thank You, Harris.
~~~

Also, Serena Shay is creating the cover art for the 'free read' flash-scene novel we ShapeShifter Authors are working on for readers. And, hey, we finally have a title: LOVE TO THE RESCUE
~~~

Mooney opened his back of microwave popcorn, sprinkled some bacon flavored salt on it, and sat back to enjoy the show on his monitor. His step-brother, Han Ewing, had just shown up on site at the rodeo grounds just outside of town and was now watching an insane sheep as it chased a tow-headed kid around the mutton-busting pen at the rodeo training area. Mooney had, of course, made the call to Han about a suspicious sheep.
~~~~~~

METEOR STRIKES OVER EASTERN US MONDAY NIGHT: Most of the reports said the fireball was a greenish-to-white color as it crossed the sky.
ATLANTA (WXIA) – Dozens of reports of a fireball crossing the sky emerged Monday evening across 14 eastern states, from as far north as the Great Lakes states and extending as far south as Georgia and Alabama.
As of 4 p.m. Tuesday, the American Meteor Society said they had received nearly 400 reports of one or more meteors crossing the skies at about 6:20 p.m. Monday. ~11alive.com/story/news/nation-now/2014/11/03/meteor-streaks-over-monday-night/18447239~
~~~~~~

Why Bigfoot is Getting Nervous
Monster hunters are hot on the trail, armed with cameras, drones and night-vision goggles. Can they catch one? — CNN
~~~~~~

Why the French state has a team of UFO hunters
France is the only country in Europe to maintain a full-time state-run UFO department. — BBC News
~~~~~~

University serves up worm nuggets to students
As popularity of insect-based foods spreads across Belgium, one college adds worm burgers and nuggets to their menu. — The Telegraph
~~~~~~

Dan Aykroyd: Aliens are 'disgusted' by us
Actor and paranormal enthusiast blames 9/11 for showing ETs an ugly side of the human race. — Toronto Sun
~~~~~~