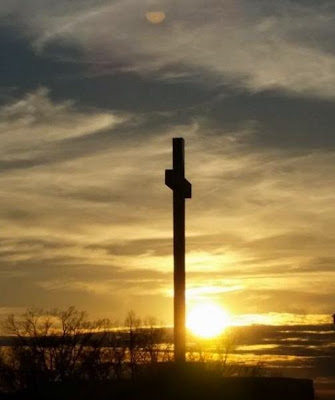 Check out these very interesting pics...

February 20, 2015
Mind-Blowing Images Of Something Very Strange In The Skies Of South Carolina!
By Susan Duclos - All News PipeLine
A photographer by the name of Stephanie Davenport captured images on Sunday, February 15, 2015 that she first thought were shots of the sun and the moon appearing at the same time.... until she zoomed in on the photos.
Ms. Davenport left a message on Fox Carolina's Facebook page, describing what she saw when she zoomed in on the object above the sun in her photos, which were taken from multiple locations, stating "I originally thought it was the moon, but when I zoomed in on my pictured it clearly wasn't. It is round and looked to have lights on it."! ~allnewspipeline.com/Mind_Blowing_Images_Of_Something_Strange.php
~~~~~

Afternoon mews, fascinating and frisky Pussycats... mild today on the tame prairie with a lot of drip-drip happening because of the ice rain during the night... but the cold is barreling down as they say... yuck! ... anyhoo, internet connection problems persist, but this Big Cat has figured out a shortcut to at least get online faster... whatever, something is going on with internet access to servers, best as the Kougaress can tell... so, it's another time waster to deal with... ~great big sighs~

Stay warm, cozy, and cuddled up, darling kittens. The superstorms of life are hitting, and about to hit harder for a lot of us. Remember, this Big Cat loves ya!
~~~~~~

The Kougar got some more written on her SHAPESHIFTER SEDUCTIONS WIP... but it's somewhat slow going. Gotta get the fight scene between the hero and the villain right.

A Bonding Moment
by Serena Shay

Reetha took the steps two at a time and threw open the front door to Nick and Ziva’s house, ready to kill anything threatening her niece and nephew.  Mooney’s call for help still fresh enough in her head that she was fighting off the urge to shift.

“Holy Lupa, Reeth,” Mooney yelped, tucking a whimpering Cooper close to his chest. “Are you trying to scare the pups?”
~~~~~~

Pyramids in China: The worlds largest pyramid is rumored to be in Qin Lin county in a 'forbidden zone' of China, estimated at nearly 1,000 ft high and made of impounded earth and clay, and holding vast tombs ~world-mysteries.com/mpl_pyramidsofchina.htm
~~~~~~

The Quantum Mechanics of Fate
How time travel might explain some of science’s biggest puzzles. — Nautilus
~~~~~~

NET NEUTRALITY ... THE FCC IS NOT THE ANSWER ... THE GOV WANTS TO TAX YOU INTO OBLIVION 'NEWS ~

WARNING!!! THE FOOD YOU BUY MAY NOT BE REAL FOOD AT ALL 'NEWS' ~

THE PAST, WHAT IS THE TRUTH, THE WHOLE TRUTH, AND NOTHING BUT THE TRUTH??? 'NEWS' ~