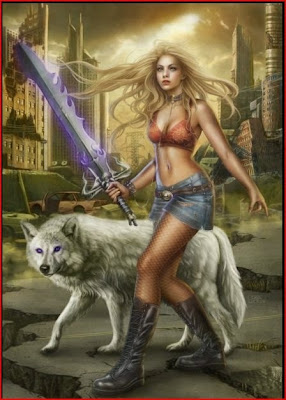 Noontime mews, precious and precocious Kitkat darlings... icky cold on the tame prairie... but snow would be nice, given the land needs more moisture... so, this Big Cat crashed early last night... she just wears herself out these days... anyhoo, when she got up late at night to get more done, there was a glitch in the earthlink connection... so the Kougaress got to worry if it was on their end, or a computer problem... turns out *knock on wood* it was on their end, and she's obviously back online.

Stay warm, most darling kittens, and keep stocking up for the superstorm times ahead. And remember, this Big Cat loves ya!
~~~~~~

The Kougar made some good progress on her SHAPESHIFTER SEDUCTIONS WIP. Yay!
~~~~~~

Could the 'Thunderbird' be a real creature?
Legends of a huge bird have been an integral part of American Midwest culture for centuries. — Unexplained Mysteries
~~~~~~

Soldiers could have their bones copied and 3D printed in case of injury
Experts say that soldiers could be scanned before deploying and a 'twin' kept online so that new bones could be 3D printed if they are injured. — The Telegraph
~~~~~~

Friday February 13, 2015
William Henry Returns with New Secrets of Egypt
William Henry reports on his recent quest for the secrets of the Essenes in Egypt. The presence of this secretive Jewish sect in Egypt is little known, but, in fact, a group of them went to Heliopolis in Egypt in 180BC where--incredibly--they built a copy of Solomon's Temple, complete with all the hidden materials within it, including the Ark of the Covenant.
Listen to William tell the enthralling story of this visit, and the secrets that were revealed to him, and the power that he found. Learn how he opens his heart to the energies that are available in sacred places in Egypt, which are still very much alive.
William Henry's website is WilliamHenry.net.
Read the original source: unknowncountry.com/dreamland/latest
~~~~~~