Penelope sat in the overstuffed chair built for two, stroking her mink... 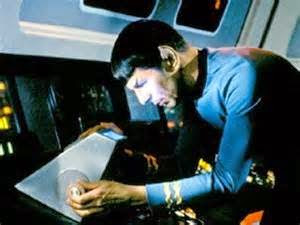 A favorite of this Big Cat... RIP Leonard Nimoy. Thank you, for all that you've given us, as Spock, as the host of IN SEARCH OF, as a magnificent human being.

Twelve midnight mews, most magickal and mystical Felines... still un-fun cold on the tame prairie today, which is lasting through tonight... and snow is on the way for the weekend... although not ice-age piles like back east... yeah, this Big Cat is so tired of dealing with the bitter cold temps... because of her current circumstance, it just wears her out... at least, she got all the much-needed packages of supplies she'd ordered... that's a good thing.

Watch out for that ice and snow, darling kittens. Stay cuddled and cozy. 'Cause this Big Cat loves ya!
~~~~~~

The Kougar got a bit done on her SHAPESHIFTER SEDUCTIONS WIP.

And, she's editor-reading over Pat Cunningham's SHAPESHIFTER SEDUCTIONS mss, Mountain Lion King. Hopefully, Pat will be getting that self-pubbed for readers soon!

They Have A Union for That?
by Serena Shay

Penelope sat in the overstuffed chair built for two, stroking her mink who had recently, it seemed, acquired a lovely leather collar in a shade of blue found on only one man in town.  The collar was an exact match to the gem hanging from a choker circling the Mistress’ neck.  Both mink and Madam looked happier than he’d seen them in weeks.  For that, Dom was happy.

“So, Master Dominic, you called a meeting?  Is there some sort of problem we need to discuss and if so, where is everyone?”
~~~~~~

HEADLINE ~stevequayle.com~ The Quantum Mechanics of Fate How time travel might explain some of science’s biggest puzzles. Should we actually be troubled by the idea of information from the future traveling into the past?
~~~~~~

HEADLINE ~stevequayle.com~ The 'invisibility cloak' that hides you from thermal imaging: Material that mimics cuttlefish skin could conceal soldiers under infrared light
~~~~~~

HEADLINE ~stevequayle.com~ 2/26/2015 — NEW HAARP EXPERIMENT FINDINGS RELEASED BY THE AMERICAN GEOPHYSICAL UNION: all the bogus stories about HAARP closing down were more fake than a politician kissing a baby during election season.
~~~~~~

World’s first talking drone ‘can communicate with air traffic like a normal pilot’
London Telegraph | In a world-first, the drone uses automated voice technology to issue and receive calls to and from air traffic control.
~~~~~~