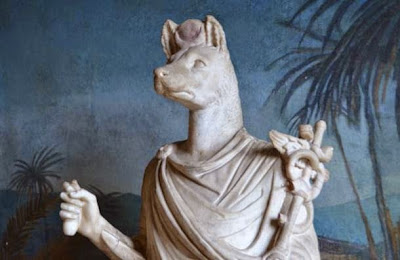 Late morning mews, winter-cozy Kittens... frigid on the tame prairie yesterday, but the warmup is here... yay... wow, the full moon was picture perfect over the Kougaress's barn last night, and blazed orange on the western horizon the day before... this Big Cat has done worn herself out, so she's been trying to catch up on some sleep.

Stay warm and cuddled, darling kittens. And keep preparing for the times ahead. 'Cause this Big Cat loves ya!
~~~~~~

Mirabella sprawled naked in the meadow’s tall grass and let the sun warm her long limbs. She had no fears of discovery here in the mountain solitude, not by humans, shifters or anything else. Here she could relax and be her other self.

A short distance away the band of saddle horses grazed, equally unconcerned. They’d been wary of her when she’d first approached them, a horse that moved just a fraction off true and smelled of shifter to boot. At first she’d simply trailed the herd and used them for camouflage. In time their boss mare, Ripley, had accepted her—perhaps not fully as one of them, but at least as a guest. At any rate, the mare hadn’t driven her off, and Mirabella had been able to hide herself with the herd.
~~~~~~

Comet Lovejoy glows as it swings around the sun
The beautiful, green-hued Comet Lovejoy made its closest approach to the sun early Friday morning and should put on a dazzling show for skywatchers in another week or so. — NBCNews.com
~~~~~~

Woman Sees Mothman-Like Creature She Calls a Swift Peter
A woman in Mississippi claimed that in 2013 she saw a large creature with wings that scared her dogs. — Mysterious Universe
~~~~~~

Divided We Stand – When All ‘Meshed’ Together
Thursday, January 29, 2015
Engineer Drawing Internet Network Graph Photo -
Now that we know that the ‘feeling of being watched’ is not a paranoid delusion, and that we actually are being watched all the time – even through the walls of our homes –isn’t it about time you built your own Internet?
That’s what techno-activists and growing communities of users are doing at this very moment – thanks to the advent of wireless networking. And they want you to join with them.
Since governments throughout the world are endeavoring to impede or prevent the vast multitudes they police from communicating with each other via the Internet, local peer-to-peer ‘meshnets’ are popping up so that people can safely and privately communicate with like-minded others in their vicinity. And these cells of connectivity are reaching out to other cells throughout the country and around the world.
Meshnets are created by and for the users and are managed by them, as well. In an article about “How Meshnets are Changing the Face of the Web,” published last November in Make Magazine, you’ll find details about how you can participate – if you’re not already doing so.
The article references Hyperboria, a global network that weaves the local meshnets into an international community. Its stated intention is, “to provide an alternative to the internet with the principles of security, scalability and decentralization at the core.” Hyperboria uses an open source networking protocol called cjdns, created by Caleb James DeLisle. It bypasses previous difficulties of using security software by building security directly into the protocol because “security should be ubiquitous and unintrusive [sic], like air,” DeLisle believes.
To learn more about Project Meshnet, visit their web site: ~projectmeshnet.org
Read the original source: ~unknowncountry.com/news/divided-we-stand
~~~~~~