Happy Chinese Year of the Sheep... and authoress news... 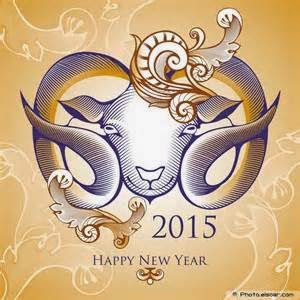 Chinese Year of the Sheep mews, ram-charging beautiful Big Cats... nasty frigid temps on the tame prairie yesterday... but a lovely soft snow fell leaving another thin blanket of white stuff... today is supposed to be much milder, but then the bitter cold is supposed to return... oh, yay ~sarcasm~ ... so, the Big Cat is still having internet connection issues... however, she did discover it could be a busy-server issue through earthlink... however, don't take that to the tech bank... 'cause the Kougaress  is no techie... not at all.

Take care, and beware, most darling kittens, the world is about to turn darker on some fronts, while spiraling toward a mass ascension in consciousness on other fronts. Just remember, this Big Cat loves ya!
~~~~~~

And author, Dakota Trace left a wonderful comment on the MY SEXY SATURDAY  Valentine's Day blog hop at SHAPESHIFTER SEDUCTIONS.

February 15, 2015 at 12:03 AM
Dakota Trace said...
Loved the different snippets. And I loved Her Midnight Stardust Cowboys. Such an awesome read. It kept me on the edge of my seat the entire time.
Dakota ~dakotatrace.net~
~~~

Should Women Watch Fifty Shades Of Grey? Sexual Abuse And Humiliation Go Mainstream
Michael Snyder | The most popular movie in America is about bondage, sexual domination and violent sex.
~~~~~~

BOW DOWN, PEOPLE OF EARTH 'NEWS' ~

Are We Being Prepared To Believe That Extraterrestrials Seeded Life On Earth And That Jesus Was An Alien?
Michael Snyder | There are those who believe that life was first brought to Earth from far across the universe.
~~~~~~

Vast Bed of Metal Balls Found in Deep Sea
Scattered along the seafloor, dense clusters of large metal lumps have been discovered by scientists trolling for deep-sea creatures. — LiveScience
~~~~~~

Forgotten fossil found to be new species of ichthyosaur
A fossil stored in a Doncaster museum for 30 years and thought to be a plaster copy has turned out to be a new species of ancient reptile. — BBC News
~~~~~~

The First AI War Is Coming
David Knight | Will a small tech elite pit themselves against the rest of humanity in a 21st “Artilect” war of gigadeath?