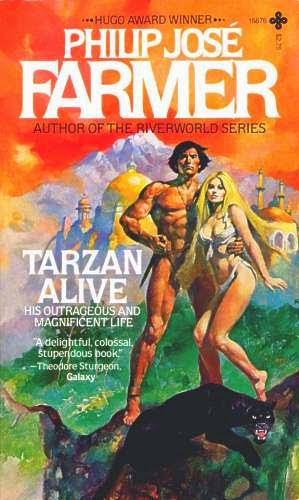 Well, this is a fascinating article, Tarzan included...

The Wold Newton Meteorite: from Outer Space into Fiction
How a meteorite landing in 1795 led to a plethora of science fiction characters.  ~dailygrail.com/Essays/2015/2/The-Wold-Newton-Meteorite-Outer-Space-Fiction
~~~~~~

Sunday morning yowls, sparkly-eyed Kittens... a lovely warm day on the tame prairie yesterday and today... it felt like Spring had sprung... however with the roller coaster temps likely there will be more deep-freeze temps... yuck! ... wow, was this Big Cat worn out from battling with her computer and trying to figure out the problem... however, the Kougaress thinks she has a clue about what's going, and the trick it takes to get online... hope, hope, claws crossed... but then, remember, she's not tech-smart at all, so who knows.

Stay warm and cozy, darling kittens, and spread the love to those who deserve it. And remember, this Big Cat loves ya!
~~~~~~

The Kougar got some good writing done on her ShapeShifter Seductions WIP, a miracle given her circumstances yesterday. ~sighs~
~~~

THE EVOLUTION-DEVOLUTION OF THE LANGUAGE 'ARTICLE' ~

10 Things People Once Complained Would Ruin The English Language
Shakespeare, abbreviations, and the printing press are amongst the previously perceived threats to the English language. — io9.com
~~~~~~

Mummified monk is 'not dead' and in rare meditative state, says expert
A mummified monk found in the lotus position in Mongolia is one stage away from becoming a real-life Buddha, it has been claimed. — Siberian Times
~~~~~~

Dinner-Plate-Size Ice Patterns In Elizabeth, Colorado — Why? Where from?
The strange ice patterns were underneath the December 23, 2014 evening snowfall. — Earthfiles
~~~~~~

Rarely Seen Moonfish, Size of Manhole Cover, Caught on Camera
The opah, or moonfish, is a camera-shy animal that researchers know little about. — National Geographic News
~~~~~~

The Great Mysteries of the Great Salt Lake
Brent Swancer details some of the anomalies and enigmas associated with Utah's famed Salt Lake. — Mysterious Universe
~~~~~~

Weekender: How to Go with the Flow
Friday, February 6, 2015
In 1992, Michael Murphy, co-founder of Esalen – the womb of the human potential movement – published The Future of the Body: Explorations into the Further Evolution of Human Nature. In it he shared some of the fruits from his 40+ year collection of news articles and historic anecdotes of incidents in which individuals performed at levels that surpass consensus belief in what is humanly possible – physically, mentally and/or spiritually.
~unknowncountry.com/news/weekender-how-go-flow~

“He who will go forward with his whole heart will obtain what he seeks. Only do not be of two minds."
Wednesday, February 4, 2015
These words of wisdom may sound like they were taken straight from the pages of any of a number of New Age authors’ books on the Law of Attraction. However, they actually pre-date those texts by approximately 1500 years, give-or-take a decade or two. They come from the previously unknown, recently translated ‘Gospel of the Lots of Mary... ~unknowncountry.com/news/“he-who-will-go-forward-his-whole-heart-will-obtain-what-he-seeks-only-do-not-be-two-minds~

Were Neanderthals Frozen Out?
Monday, February 2, 2015
Ice Cave
It may have been the WEATHER that did them in. Researcher Julien Riel-Salvatore says, "It's been long believed that Neanderthals were outcompeted by fitter modern humans and they could not adapt. We are changing the main narrative. Neanderthals were just as adaptable and in many ways, simply victims of their own success."
~unknowncountry.com/news/were-neanderthals-frozen-out-0~
~~~~~~