Blog Hop... and the Phoenix Lights 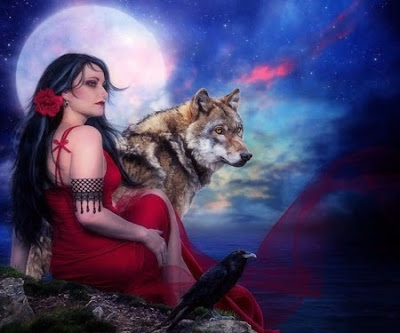 Late night yowls and mews, Valentine-adorable Kitkats... definitely cold on the tame prairie today, the ground was frozen... but the sun was mostly out and shining brightly... so, the Kougaress is still dealing with some computer glitches... yuck! And she's not certain of the exact cause... anyway, the sheer weird craziness of living in these times continues... and it's become mostly one day at a time for this Big Cat.

Valentine kisses, darling kittens. Enjoy these *love is in the air* days, and the upcoming weekend. And remember, this Big Cat loves ya!
~~~~~~

The Kougar is working in Chapter Fifteen of her SHAPESHIFTER SEDUCTIONS WIP.

And! We ShapeShifter Seductions Authors are using the MY SEXY SATURDAY blog hop  ~mysexysaturday.blogspot.com~ scheduled for VALENTINE'S DAY, to feature SEVEN paragraphs from our available books. Come on by.
~~~~~~

...and the Phoenix Lights

HAVE THE PHOENIX LIGHTS RETURNED??? 'NEWS' ~

UFO Lights Over Phoenix, Arizona – Feb 2015 (Video)
Thursday, February 12, 2015 11:13
Are the Phoenix Lights back after 18 years?
Three young men from Sunnyslope are while walking to a friend’s house and they noticed strange lights flickering over Phoenix, Arizona. They filmed the lights on February 2, 2015.
A day later at approximately 10.15 pm a similar event took place near Goodyear, close to Phoenix, Arizona.
Witness: I saw the lights while driving. It was moving south over the Estrella Mountains. The lights were a fiery color. What is not visible in the video is the shape of the craft and the massive size of it. After it disappeared we continued to drive in the direction it was headed, eventually driving behind the mountain but saw nothing.
~beforeitsnews.com/paranormal/2015/02/ufo-lights-over-phoenix-arizona-feb-2015-video-2483824.html~
Thanks ~ufosightingshotspot.blogspot.com~
~~~~~~

Sunday, February 8, 2015
Edward Snowden: UFOs Come From Ultra-Terrestrial Civilization in Earth Mantle
Edward Snowden, reported on the facts known to it concerning UFOs. According to the documents, which Snowden copied to the CIA, the U.S. government has long known that UFOs exist and are managed species more advanced than humanity. These species are not alien, and our earth, only more advanced. They live here for billions of years, and far ahead of us in development. ~beforeitsnews.com/paranormal/2015/02/edward-snowdenufos-come-from-ultra-terrestrial-civilization-in-earth-mantle-2-2483684.html~
~~~~~~

THIS IS JUST FASCINATING ... THE CITY BELOW DETROIT 'ARTICLE' ~

Not Many People Know About The City 1200 Feet Below Detroit (Video)
Thursday, February 12, 2015 15:38
(N.Morgan) Detroit has been one of the cities hit hardest by recession. However, at one point in its history, Detroit had a very large working class industry right under their feet, underneath their city’s streets.
Some in the conspiracy area feel these tunnel possess a far more sinister reason for their existence, to hide and shelter the elite in Teotwawki (The end of the world as we know it). Detroit had a very large salt mine that was basically an underground industry underneath their city. It was over 1,500 acres big and had over 100 miles of roads making up this underground salt mine. ~beforeitsnews.com/beyond-science/2015/02/not-many-people-know-about-the-city-1200-feet-below-detroit-video-2448584.html~
~~~~~~