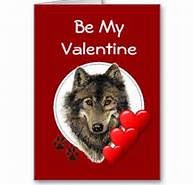 Late night yowls, Valentine-romantic Kittens... the cold winds arrived on the tame prairie this afternoon... yuck! Do you know what's so rough and terrible about living in this world, in these times? ... not being able to help those who truly need it ... not being able to save those who are bullied and beat up for doing nothing wrong ... or those who lose everything through little or no fault of their own ... it just breaks this Big Cat's heart ... and often crushes her spirit ... yet, the Kougaress is still here, doing the best she can, and helping where she can... but ~sighs~

Cuddle up and celebrate each other, darling kittens. We're the only ones we've got, if that makes sense, which it might not. Or, it's us against the injustices of the world. And always remember, this Big Cat loves ya!
~~~~~~

The Kougar is writing Chapter Fifteen of her SHAPESHIFTER SEDUCTIONS WIP.  Yay!
~~~~~~

HEADLINE ~stevequayle.com~ Why Are UFO's & Alien Life Suddenly Being Discussed In The Mainstream? Is the government and media gearing up for disclosure?
~~~~~~

HEADLINE ~stevequayle.com~ Will you be a victim of digital pickpockets? Hacker reveals how easy it is to steal credit card numbers in seconds while you still have them in your hand
~~~~~~

The Sky People of Ardy Sixkiller

No, dearest kittens, we know very little about the real supernatural world around us. We've been so dumbed down by the dark-side establishment, so lied to, so deceived day after day, and so conditioned to believe in the lies and deception that we're blind to what Ardy Sixkiller called the 'invisible world'. The Kougaress adored this interview. She adored listening to this amazing woman.

In the latter half, Ardy Sixkiller Clarke ~sixkiller.com~, a Professor Emeritus at Montana State University, who spent seven years traveling through Belize, Honduras, Guatemala, and Mexico, immersing herself with indigenous populations, shared their stories of encounters, sky gods, giants, little people, and aliens. Many of the people she spoke with had not had exposure to media such as books and TV, yet described alien encounters not dissimilar to what has been experienced in the US. Near Monte Alban, a pre-Columbian site in Mexico, she learned of a man who arrived and departed in a beam of light.

In Guatemala and Mexico, she heard tales of little people, who only come up to about your knee. "They dress like ancient Maya when they are in human form but they have the capability of turning themselves into stones, plants, shadows, and animals, so...you can pass right by one and not even know it," Clarke detailed. In the Guatemalan jungle, there were accounts of giant hairy creatures who resemble what we would think of as Bigfoot, she said. Interestingly, there were also stories of giants with blue skin, who in ancient days shared caves with the Maya, but in more recent times were known to steal women in order to repopulate their group. One elder from Honduras told Clarke about a strange 3-ft. skeleton in a silver suit with attached tubes that he found in a cave in Copan decades ago. ~coasttocoastam.com/show/2015/02/10~