Drev tensed to charge and do battle... 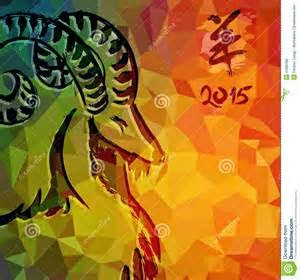 Yep, tomorrow... the Chinese Year of the Sheep

at SHAPESHIFTER SEDUCTIONS ~
Afternoon mews, most enchanting and effervescent Pussycats... frigid on the tame prairie... however, Mr. Sun is shining so brightly the icicles are dripping... so, given this Big Cat's continuing problems getting online, her schedule for posting blogs is all screwed up... and her time is wasted just trying to get online... plus, she just has too much to get done these days... as most of us do.

Take care, darling kittens. Something major is about to explode on the global stage. Beware, and prepare as you can. 'Cause this Big Cat loves ya!
~~~~~~

The Kougar has made some more good progress on her untitled SHAPESHIFTER SEDUCTIONS WIP... she so hopes to continue.
~~~

Drev tensed to charge and do battle...
By Savanna Kougar

Once again, here's a sneak peek of my current ShapeShifter Seductions WIP, starring my winged horse heroine, Keina, and her more-than-human hero, Drev. In this chapter, the Prince villain invades the sanctity of Drev's bedroom. And, no, this scene has NOT been edited in any way. But I hope you enjoy.

Drev tensed to charge and do battle...

Flabbergasted by Drev's warrior-determined protection of her, Keina's jaw dropped open. Oh, she'd known he was a man who would fight for his woman, to keep her, and to keep her safe. Yet this...this primal level of combativeness toward an unknown foe...Epona!

UNIVERSE FREE ENERGY... WHY ARE WE THE PEOPLE BEING DENIED? 'NEWS' ~

Is the Age of Free Energy Already Upon Us? CONTRIBUTOR: Aquaponic Farmer. Ere many generations pass, our machinery will be driven by a power obtainable at any point of the universe. Throughout space there is energy. — Nikola Tesla, 1892 When Tesla invented the first wireless communication device, he also discovered a form of free energy radiating throughout the whole universe. He... ~beforeitsnews.com~
~~~~~~

Are The 'Huge, Alien Air Monsters' (That Live Inside The Clouds Above The Earth According To Some UFOlogists) The Same As The Principalities In 'High Places’ The New Testament Described? ~skywatchtv.com/2015/02/15/huge-alien-air-monsters-live-inside-clouds-earth-according-ufologists-principalities-powers-high-places
~~~~~~