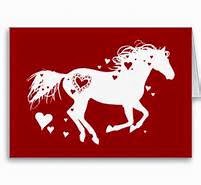 Late night mews, preferred and love-pouncing Kitkats... warmish on the tame prairie with a chilly bite to the air... and the colder temps are moving in again... yes, another incredibly busy day... and one of the burners on the Kougaress's old stove decided to quit working... plus more computer glitches... nope, Mercury retrograde has not been kind to this Big Cat!

Okay then, darling kittens, snuggle up together and protect each other from the world during these upcoming times. And remember, this Big Cat loves ya!
~~~~~~

Kalina gathered her wits and her meager supplies into a discarded canvas bag. Digital-speaking with Dante, she'd outed her location, her precise location in the Chicago apartment. Three black-coat AIs had targeted her, as she called them.

Realizing, it was either eliminate the alien-generated AIs, or remain in communication long enough, Kalina chose to give her enemies the advantage. The three evil AIs attacked from the regional hospital's computer system, aware of her reluctance to destroy human life.
~~~~~~

UFO sightings: two glowing orbs 'spotted' on horizon
UFO experts 'summon up' mysterious lights by meditating - or it could be some nautical flares. — The Week
~~~~~~

THE PAST TRYING TO REVEAL ITSELF 'NEWS' ~

Developers allow dig of sacred site in Chillicothe :A former mound on the proposed Guernsey Crossing in will be excavated for three weeks. The lead archaeologist said the site dates from between 200 B.C. to A.D. 200.NOTE THE TENT COVERING UP DIG ~dispatch.com/content/stories/local/2015/01/30/developers-allow-dig-of-sacred-site.html~

100 Ancient Cult Sites Discovered in Israel
At the sites, which date back around 8,000 years, archaeologists discovered a variety of stone structures and artifacts. — LiveScience
~~~~~~

Heart of Earth's inner core revealed
Research from China and the US suggests that the innermost core of our planet has another, distinct region at its center. — BBC News
~~~~~~

FOR SOME REASON PEOPLE BELIEVE IN THE WAR ON WHAT THEY CALL WEEDS... MEANWHILE THEY KILL OFF THE MONARCH BUTTERFLIES... THIS JUST MAKES THE KOUGARESS SICK!!! YOU WANT TO DO SOMETHING FOR EARTH? QUIT POISONING HER!!! 'NEWS' ~

The monarch massacre: Nearly a billion butterflies have vanished
It happened as farmers and homeowners sprayed herbicides on milkweed plants, which serve as the butterflies’ nursery, food source and home. — Washington Post
~~~~~~