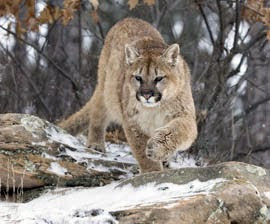 Late night mews, snow-frisky Big Cat Beauties... yes, there's a lovely blanket of snow on the tame prairie... about five inches worth... at least, the temps aren't frigid, just cold... with the covering of snow, the silence enveloped the Kougaress, and it was a relatively peaceful, good-feeling day... so, quite a bit accomplished on the author front.

Stay snugly as you hunker-bunker down, darling kittens. And keep on preparing for the superstorms of life. 'Cause this Big Cat loves ya!
~~~~~~

The Kougar is about start writing Chapter Nineteen of her SHAPESHIFTER SEDUCTIONS WIP ~ Rule the Sky In My Heart ~ so far, so good. ~fingers crossed~

Also, the Kougar signed up for the linky blog SNEAK PEEK SUNDAY ~sneak-peek-sunday.blogspot.com~ She will be featuring the first six paragraphs of Chapter Forty-three from HER MIDNIGHT STARDUST COWBOYS at SHAPESHIFTER SEDUCTIONS.
~~~

STORY TELLING ROUND TWO
by Solara

Phil sat down next to his wife Hazel.  The group gathered in Gill’s front room reminded him of his family growing up.  Extended family helped more than people realized.  Grandad with his stories and Grandma’s home made clothes combined with aunts and uncles lessons on life added to what his parents did.  A group rasie wasn’t so bad.  The group here was a family in the making.

“Hey Gill, can I tell a tale?”  Phil asked looking around the group noting no one else raised their hand when Gill asked who was next for sharing a story.
~~~~~~

Would you fly on a mind-controlled plane?
Scientist pilots a drone using just his thoughts - and the technology could one day be used on commercial aircraft. — Mail Online
~~~~~~

AI teaches itself how to play Atari games
Google's DeepMind AI is now capable of playing several Atari 2600 games as skillfully as a human. — Unexplained Mysteries
~~~~~~