Gill leaned back in his recliner. 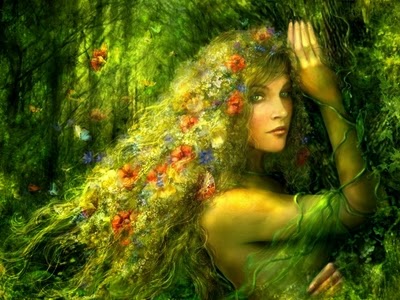 Sunday mews, March-Mage Kitkats... the Kougaress is enjoying the warmer weather on the tame prairie, but Spring cleanup is calling, and she got a bit done yesterday... wow, so many things/improvements she'd like to get done... but the usual challenges are in place... and so it goes... yesterday, she happened to see to adorable birdies courting each other in her huge maple tree... and she ran out of time and energy to post last night.

Wishing you every happiness this Springtime, darling kittens. Enjoy every moment there is to enjoy, and prepare for the tough times. 'Cause this Big Cat loves ya!
~~~~~~

The Kougar worked on revising the three flash scenes that will be added to Pat Cunningham's THE MOUNTAIN LION KING, because they involve the plot of the story.

Also, the Kougar signed up for the linky blog SNEAK PEEK SUNDAY ~sneak-peek-sunday.blogspot.com~ She will be featuring the first six paragraphs of Chapter Forty-four from HER MIDNIGHT STARDUST COWBOYS at SHAPESHIFTER SEDUCTIONS. shapeshifterseductions.blogspot.com
~~~

Sanity Returns for A While Longer
by Solara

Gill leaned back in his recliner.  On the couch close by, Chloe read one of the books from her book club subscription.  Love stories seemed to abound as spring officially started.  Heck, the book he read contained a romantic subplot.
~~~~~~

THE BALANCE OF NATURE 'NEWS' ~

Weekender: HeroRats & Savior Vultures
Friday, March 20, 2015
Where would we be without rats and vultures? We might think we’d be a lot better off. But evidence continues to mount that working with Nature’s wildly varied cast of characters is far better for our health than making holes in the web of life by trying to wipe them out.
For instance, the African Giant Pouched Rat is proving itself invaluable for reclaiming land and saving lives. And the lowly, smelly vulture became conspicuous by its absence in India after approximately 40,000,000 of Nature’s winged garbage collection/recycling units were accidentally wiped out in a mere two decades through the introduction of a drug that was used to treat livestock.
In the absence of these foul fowl, carcasses rotted, a horrible stench rose, disease spread, and feral dogs feasted and bred – turning India into the world’s leader in rabies cases. Now livestock are being treated with a drug that is not toxic to vultures, in hopes that the grim-looking undertaker birds will make a comeback that helps restore the environmental balance.
Of course, landmine and TB detection are not natural occupations of the African Giant Pouched Rats. But now these highly trainable, long-lived creatures are on the job saving lives in Mozambique, Angola, Thailand and Cambodia.
Who could have predicted their untapped potential? Only someone who has played and raised rodents of every persuasion since childhood. Bart Weetjens is the founder of Apopo, the Belgian NGO headquartered in Tanzania whose stated mission is “training rats to save human lives by detecting land mines and tuberculosis.”
The statistics of the rodents’ success rate – posted on the Apopo web site – are awe-inspiring. They include 48,844 land mines and UXO detected and destroyed; 914,452 people freed from the threat of explosives; and 25,900 TB infections halted.
What makes rats such lifesavers for humans is their amazing sense of smell. About 1% of a rat’s genes are devoted to odor detection – as opposed to 1/1000th of human genes. Rats have a sniff rate four times that of our own. And they can distinguish between two separate odors at once. It is this stellar nasal prowess that enables them to ‘rat out’ early signs of TB in an infected person’s saliva – hours before a test can determine it – and sniff out land mines without setting them off.
Who knows what hidden talents and crucial roles other creatures might possess or play? What we do know is that respect for Nature – and for a child’s sometimes creepy hobbies – has the potential to improve our quality of life.
# # #
News summary by Laurel Airica – creator/performer of WordMagic
~unknowncountry.com/news/weekender-herorats-savior-vultures~
~~~~~~

University bans hoop skirts because they’re ‘associated with the symbolic past’
EAG News | A Georgia university banned hoop skirts this week in response to a racist fraternity video that caused an uproar at the University of Oklahoma recently.
~~~~~~

WATCH OUT FOR THOSE LOW-FLYING DRONES 'NEWS' ~