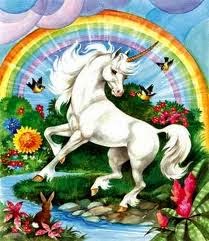 Happy St. Patrick's Day, March-rainbow magical Big Cat Beauties... warm and sunny today, and yes, the tame prairie is starting to 'wear the green'... the daffodils are blooming... the Kougaress adores their cheery yellow faces... 'course, there's all sorts of yard work that needs to get done... if only this Big Cat had time... she can only get bits and pieces done, she's so busy otherwise.

Enjoy the 'wearin' of the green', darling kittens. Kiss a leprechaun for luck, and remember, this Big Cat loves ya!
~~~~~~

“Gil, slow down.” Chloe alternated between laughter and panting for breath while Gil tugged her by the hand to the Talbot’s Peak town square. “What’s so important that you’d drag us away from our children?”

“You need a break,” Gil said. “This is a special occasion. It only happens once a year, and then only if weather’s permitting. You missed last year’s. This …” He pointed out the sun and the blue sky nearly empty of clouds. “Is perfect.”

“Does this have something to do with St. Patrick’s Day?”

YEAH, AND COMPUTERS WORK SO WELL... NO THANKS, GIVE THIS BIG CAT THE STEERING WHEEL 'NEWS' ~

An Autonomous Car Is Going Cross-Country for the First Time
Wired News - On March 22, an autonomous car will set out from the Golden Gate Bridge toward New York for a 3,500-mile drive that, if all goes according to plan, will push robo-cars much closer to reality. Audi’s taken its self-driving car from Silicon Valley to Las Vegas, Google’s racked up more than 700,000 autonomous miles, and Volvo’s preparing to put regular people in its robot-controlled vehicles.
~~~~~~

Yahoo sees 'end to end' email encryption by year-end
Rob Lever - Yahoo said Sunday it plans to introduce "end to end encryption" for email this year to boost privacy protection for users concerned about snooping from governments or hackers… The new security feature aims to allow non-technical people to use encryption with the click of a button after an initial setup of a few minutes. A test or beta version of the encryption software is being released for developers, and it is expected to be rolled out to users in the coming months.
~~~~~~