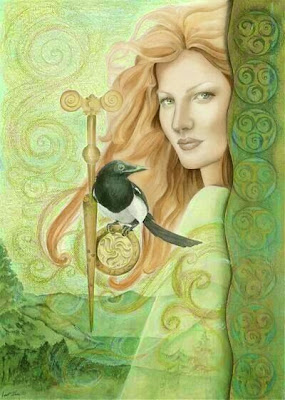 Friday night mews, March-mysterious Pussycats... so, it hardly felt like Friday the 13th at all, a good thing... although, this Big Cat has had few bad Friday the thirteenths... anyhoo, the Spring-like weather continues on the tame prairie... yay! ... although, it was mostly overcast and cooler... yes, the frog critters are still singing merrily, lustily... oh, and finally one of this Big Cat's live mouse traps worked... and she could release the mousy critter outside... so, the Kougaress is still recovering from being worn out... her life is so darn busy, she ends up pushing too hard... but so it goes for most of us in these times.

And NO, Coast to Coast am hasn't done one darn thing to help this Big Cat, despite her daily explanation-complaint emails...  Their player is still anemic and does nothing but buffer and/or say sorry, use another streaming venue... which is ridiculous given the Kougaress can use various players on other internet radio programs... so yeah, so much for being part of the coast insider family... it's all a lie, those in charge don't give one damn about subscribers, except to continue promoting their 'product'... one has to wonder how much moolah their raking in with all the advertising that goes on... gee, it ought to be enough to provide a workable player. If this Big Cat was into all the social media stuff, she'd be out there talking about her 'bad' experience with the player, and the total lack of customer service. Obviously, they don't care about loyal listeners, either, given the Kougaress has been a subscriber for at least eight years now, and has been listening to coast since the Art Bell days. Well, guess what, WHAT YOU DO TO THE LEAST OF THEM, so it shall be done to you... and that's exactly what will happen to Coast.

Happy weekend, most darling kittens. Enjoy the being with those you love, and give Nature a hug from your soul. And remember, this Big Cat loves ya!
~~~~~~

Yepadoodle, the Kougar got some more done on her SHAPESHIFTER SEDUCTIONS WIP. ~wahoo~
Also, the Kougar signed up for the linky blog hop MY SEXY SATURDAY at  ~mysexysaturday.blogspot.com~ and will be posting at TITLE MAGIC ~titlemagic.blogspot.com ~
~~~

The Agenda is Set...
by Serena Shay

Penelope stopped in front of Mistress Edina’s door, Daniel snugged up against her leg trying desperately not to get the invitation wet.  He’d fail, of course, and then the fun would begin.  She turned the knob and waited for her sub to lead the way.  The gasp inside the room made her smile.  The sight of her sweet aperitif produced the response she was hoping for.

“Rise up, Daniel,” she said, as she stepped through the door herself.  Whomever the sweet treat was manning the desk, could not take her eyes from the naked and fully aroused man kneeling before her.
~~~~~~

Spaceships All Around Earth – Proof of an Alien War – Alien Abductions – Not for Squeamish!
Monday, March 9, 2015 0:53
Dan Flynn: This is part two. This video is NOT for the squeamish. The evidence being gathered seems to point to only one conclusion, that there is a relation between Mars and Egypt. I consider it adult material in the form of knowledge.  Would it be safe to assume that the human race is traveling throughout space, right now, in spaceships the likes of what we have no idea? What else better than a world of slaves, taxed to the maximum and more to pay for all that labor, fuel and materials? You be the judge. Is it an impossible thought?”  ~beforeitsnews.com~

Facebook Does it Again – Company Sends Funeral Home Advertisements to Cancer Sufferer
Michael Krieger | I don’t know what it’s going to take to get people to stop using Facebook. I really don’t.
~~~~~~