“That was some woman.” 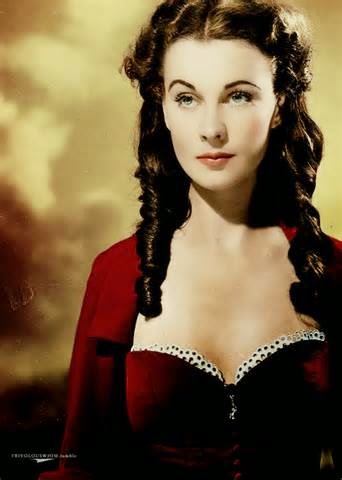 at SHAPESHIFTER SEDUCTIONS ~
The South Will Rise Again... Along With the West ... Scarlett O'Hara is the central character in Margaret Mitchell's 1936 novel Gone with the Wind and in the later film of the same name. wikipedia.org

Saturday afternoon mews, March-memorable Big Cat Beauties... chilly-cool on the tame prairie yesterday and today... but fortunately the temps didn't dip to a bud-killing freeze overnight... that is, so far... who can tell in these times, if that will happen this Spring season... so, this Big Cat spent some down time perusing 'red hair goddess fantasy art' pics, and found some absolute gorgeous pics she'd not seen before, some of which she will be sharing on her bloggie.

Enjoy your weekend, most darling kittens, and get those gardens going, if you are able. Check out the info for the *Home Grown Food Summit* below. And remember, this Big Cat loves ya!
~~~~~~

Okay then, the flash scene titled, The Black Stallion Versus the Tiger Yakuza, has been revised in preparation to be added to Pat Cunningham's The Mountain Lion King, which she is about to edit, then is planning to self publish as a SHAPESHIFTER SEDUCTIONS novel.
~~~

On The QT...
by Serena Shay

“Wow,” her sister spoke on a very aroused sigh. “That was some woman.”

In Iceland, ‘respect the elves – or else’If you want to lay a road, build a house, or construct a dam in Iceland, there’s one influential group you have to clear it with first – elves. Oliver Wainwright on the power of the ‘hidden people’ ~theguardian.com/artanddesign/2015/mar/25/iceland-construction-respect-elves-or-else~
~~~~~~

Airlines Infuse Planes With Smells To Calm You Down (And Make You Love Them)
http://www.healthfreedoms.org/airlines-infuse-planes-with-smells-to-calm-you-down-and-make-you-love-them/
~~~~~~

Apple Co-Founder Wozniak Warns of Dark Future: ‘A.I. Will Be Bad For People’ :Once you start to make machines that are rivaling and surpassing humans with intelligence, it’s going to be very difficult for us to survive,

Humans With Amplified Intelligence Could Be More Powerful Than AI http://io9.com/humans-with-amplified-intelligence-could-be-more-powerf-509309984
~~~~~~

Real-life vampires exist, and researchers are studying them
Saturday, March 28, 2015
Vampires walk among us. But these people aren’t the stuff of nightmares – far from it actually. — Discover
~~~~~~

Announcing the Home Grown Food Summit! Brought to you by Marjory Wildcraft
* How to become free of supermarkets and drugstores with the Home Grown Food Summit!
This April 6th-12th there is an online gathering of 30+ experts in backyard food production, homesteading, and off-grid living. Presented by the worlds leading researchers, organizations, and best-selling authors to help you become free of supermarkets and drugstores. This is the biggest event for home grown food ever organized online. Sponsored by Mother Earth News, The Natural News, The National Gardening Association, The American Preppers Network, and The Livestock Conservancy just to name a few.
It's FREE. Reserve your spot by clicking here: http://homegrownfoodsummit.com
~~~~~~