Gill fluffed his pillow again... and Good for the Goose... 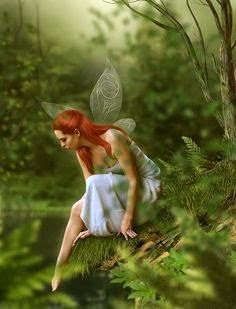 Late night mews, March mambo-dancing Kitkats... sunny and warmer on the tame prairie... so, it's been an incredibly long day, and the Kougaress is droopy-eyed at this point.

Take care, darling kittens. Stay cuddled against the superstorms of life. And remember this Big Cat loves ya!
~~~~~~

ON SUNDAY, the Kougar signed up for the linky blog SNEAK PEEK SUNDAY ~sneak-peek-sunday.blogspot.com~ She will be featuring the first six paragraphs of Chapter Forty-six from HER MIDNIGHT STARDUST COWBOYS at SHAPESHIFTER SEDUCTIONS.
~~~

Gill fluffed his pillow again. He watched Chloe burp each of the triplets after nursing them. Three sleeping children and now he was to do the same. Another night of sleep sounded delicious.  The past week with nights filled with sleep of eight or more hours left him feeling energized and rested.

Good for the Goose
by Pat Cunningham
Every March, in the wake of the Talbot’s Peak St. Patrick’s Day celebration, the town picked up several hundred overnight guests, in the form of migrating goose shifters. In exchange for providing the air show, those geese who chose not to camp out at the pond were granted free overnight lodging, primarily at the Pleasure Club complex. Rooms at the Pleasure Club came with benefits, which the wing-weary ganders were more than happy to enjoy.

Top Videos
Snow Geese Mass Migration Creates Wave of White Over Pennsylvania Creek
MARCH 30, 2015; 12:57 PM A delightful and unexpected sight while in Middle Creek, Pennsylvania; about 130,000 snow geese stopped by while on their journey to the Arctic.
~videowall.accuweather.com/detail/videos/top-videos/video/4142679487001/snow-geese-mass-migration-creates-wave-of-white-over-pennsylvania-creek?autoStart=true
~~~~~~

Scientists discover 'new species' of dinosaur
Sunday, March 29, 2015
Creature thought to be related to the Titanosaurs which could grow to 40 metres and weighed up to 90 tonnes. — The Telegraph
~~~~~~

Tree Grown From 2,000-Year-Old Seed Has Reproduced Age doesn’t have much on this rare piece of greenery sprouted from a seed discovered in an ancient Israeli site
~~~~~~

YEAH, JUST REPLACE THE BUTTERFLIES... MOTHER NATURE WILL LIKE THAT ... SNARK 'NEWS' ~

WATCH: Elephants Hold Truck to Keep it From Falling Into Mud Bank
~~~~~~