...the moon was absolutely glorious... 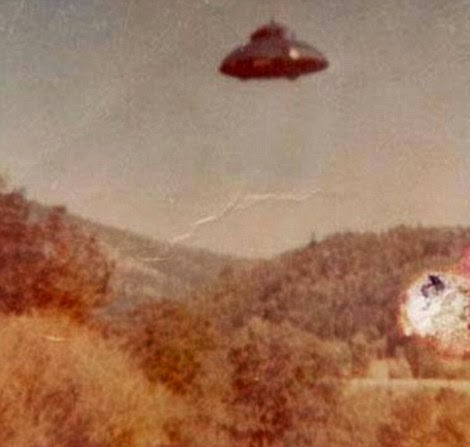 "Can YOU solve these UFO cold cases? Vintage 'alien' photos that governments couldn't explain reveal world's strangest sightings ...picture of a UFO taken somewhere in the US on June 10, 1964, and was discovered in an attic a number of years later..."
~dailymail.co.uk/sciencetech/article-2979867/Can-solve-UFO-cases-Vintage-alien-photos-governments-couldn-t-explain-reveal-world-s-strangest-sightings.html~

Late night mews, March-miraculous Kitkats... wow, the moon was absolutely glorious as she rose beside the barn and owned the night sky... definitely cold on the tame prairie last night and today, but it's supposed to be warming up... the Kougaress didn't trek down to her mailbox since usually there's no mail on Thursdays anyway, and she's been wearing herself out too much, and has to be careful about her health... but so it goes... AND! It continues... the third day without listening to Coast to Coast am because their CRAPPY player just buffers, and won't play the show... never mind, all the other radio internet sites have decent players that work fine... the Kougar listened to William Henry do a fab interview on the Dreamland show at ~unknowncountry.com~... as a much smaller operation, at least Whitley Strieber provides a player that works... it just chaps this Big Cat's hide that she's paid to be a 'coast insider' for the specific purpose of listening via the internet, and now the bigwig *greedy* idiots at Premier could care less... well, hey, this Big Cat is doing the daily complaining thing to their customer service, and to George Noory... and like she said she plans to keep on yowling as long as her subscription lasts.

So, darling kittens, watch out for those weather extremes, and keep taking care of each other. And remember, this Big Cat loves ya!
~~~~~~

Can YOU solve these UFO cold cases? Vintage 'alien' photos that governments couldn't explain reveal world's strangest sightings
The US government is still unable to explain around five per cent of UFO sightings in its archives.
Now one team of ‘alien hunters’ has dug up some of the best images to see if the public can shed light on the eerie glows, mysterious orbs and flying objects from the last few decades.
Among them is a remarkable 1957 photo taken by a test pilot near Edwards Air Force Base in California, allegedly showing a UFO following a B-47 jet. ~dailymail.co.uk/sciencetech/article-2979867/Can-solve-UFO-cases-Vintage-alien-photos-governments-couldn-t-explain-reveal-world-s-strangest-sightings.html~
~~~~~~

THE PAST KEEPS REVEALING ITSELF 'NEWS' ~

GEE, WHAT THE DARK SIDE COULD DO WITH THIS 'NEWS' ~

SCIENTISTS ARE WORKING ON BEING ABLE TO READ YOUR MEMORIES ~thedailybeast.com/articles/2015/03/05/scientists-can-now-read-your-memories.html~
~~~~~~

WHY WE SHOULD ALL BE AS PREPARED AS POSSIBLE 'NEWS' ~

Hundreds of stranded drivers forced to FORAGE for food after being stuck in thick snow on Kentucky highway for more than 12 HOURS in 2,000 mile wide winter storm ~dailymail.co.uk/news/article-2981123/ANOTHER-winter-storm-dumps-one-foot-snow-country-Texas-New-England-leaves-Boston-brink-breaking-time-annual-record-NINE-feet.html~
~~~~~~

The Life-Saving ‘Survival Tree’ When You Need Food, Shelter Or Medicine
This is where the pine tree comes in handy. While a pine tree can’t do everything for you, it can do a lot. You can use a pine tree for food, medicine, shelter and fuel, covering a lot of your needs. Learning how to use pine trees, as well as other trees and plants you find in the wilderness, could keep you alive.
~offthegridnews.com/extreme-survival/the-life-saving-survival-tree-when-you-need-food-shelter-or-medicine~
~~~~~~