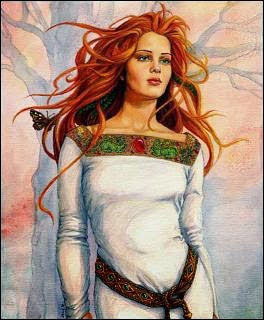 Late night mews, March-majestic Big Cats... brisker on the tame prairie with temps dropping to freezing tonight... and the Kougaress noticed her little peach tree, raised from a peach seed, is budding out... she hopes the buds don't freeze off... boy oh boy, does life throw you unexpected curve balls... this Big Cat had allowed a tree to start growing next to her mailbox... well, with the drought two summers ago, the tree died... however, it was helping to protect her mailbox from being wacked off its stand... which has been a problem over the years... well, this tree was cut-chopped up, along with the fir trees edging the easement, being wacked back by some huge machine... the Kougaress assumes it was the county... anyhoo, and distressed mews, it looked like a carnage scene, and now this Big Cat has to figure out a way to protect the mailbox again... she has T-fence posts on the other side... but doesn't have any on hand right now... whatever... and, yeah, does everything feel precarious right now? to you?

Take care, and dare to enjoy the Spring weekend, most darling kittens. And cuddle up with each other. 'Cause we need love and caring to rule the world. And remember, this Big Cat loves ya!
~~~~~~

ALSO... Periodically over the years since this Big Cat has been living on the tame prairie she's witnessed three military cargo planes [by their looks] and sometimes a helicopter, flying southeast, and low to the ground... just now, at about two o'clock in the afternoon, the Kougar heard this fast, almost jet-whir sound, and she looked out her north-facing window... she watched three of these cargo planes fly by, over the north side of her house... mygosh!... they had to be only about five hundred feet off the ground, which is freaky feeling unto itself... the Kougaress is assuming they're flying below radar... however, wouldn't they be tracked by satellite tech? And who knows whatever else black-surveillance tech?... anyhoo, it's a weird scary sight... no helicopter this time... but what the HECK is going on... about a week or so ago, maybe two, on her trek back from the mailbox, the Kougaress saw a military-type helicopter flying low, but headed straight east... hey, why all these below-radar flights? ... because this Big Cat has seen many over the years... and she has to seriously doubt it's just training missions.  UPDATE: 3:08 pm... the trailing helicopter just flew over to the south of the Kougaress's lair, but on the same trajectory as the three cargo planes.
~~~~~~

The Kougar revised her third flash scene that should be featured in Pat Cunningham's upcoming SHAPESHIFTER SEDUCTIONS' release, titled: The Mountain Lion King ... however, looks like she needs to revise that last one again because of a seasonal discrepancy.

Also, the Kougar signed up for the HOT FOR FRIDAY link-blog at the Book Boyfriends Cafe ~bookboyfriendscafe.com~ and will be putting a snippet on the TITLE MAGIC blog  ~titlemagic.blogspot.com ~
~~~~~~

Paul Walker Returns from the Dead – Digitally Resurrected for Fast and Furious 7
Mark Dice | The cutting-edge work points toward a future where most actors can be re-created seamlessly if needed.
~~~~~~

FACEBOOK HAS NEVER BEEN ANYONE'S FRIEND ... NOT EVER 'NEWS' ~

Facebook Reveals its Master Plan – Control All News Flow
Michael Krieger | The implications of this are so huge that at this point I have far more questions than answers.
~~~~~~