Once upon another Spring... 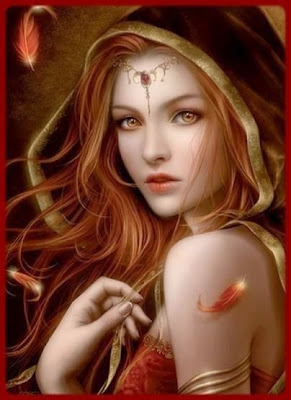 Once upon another Spring, in another time and place where the Kougaress lived...

Yowls, Happy Spring Equinox, my March-melodic Big Cat Beauties... still cool and wet on the tame prairie, but warmer temps are on the way... so, yes, Internet Hell-Landia has been happening to this Big Cat for what? ... probably two months now... yesterday, the Firefox was an absolute nightmare to try to use... the Kougaress has never experienced anything like it... in the afternoon and well into the night hours, everything was slower than molasses in winter... good gosh! ... of course, this Big Cat doesn't know if it was because of the geomagnetic storm, the cyber attacks going on, or some other tech issues... 'cause she just isn't that savvy, or in the know... whatever, she had to resort to IE, which was better in some respects, at lest in terms of speed... but not so much in other respects, like trying to listen to Revolution Radio ~freedomslips.com~ ... but whatever, it was all gawdawful, and makes the Kougares want to just give up the internet all together... anyhoo and mew, that's why there was no post last night.

So, hunker bunker down, my darling kittens, the world goes more topsy-turvy. But remember, this Big Cat loves ya!
~~~~~~

So, the Kougar read over Pat Cunningham's SHAPESHIFTER SEDUCTIONS mss, titled: THE MOUNTAIN LION KING... readers who love those shapeshifter romances are in for a big wonderful treat! Plus, this Big Cat has a few flash scenes that will be added because they involve the plot of the story.
~~~~~~

Solar eclipse, Supermoon, Spring equinox: Friday will see three rare celestial events
London Independent | Eclipses have long been feared as bad omens, but the equinox is celebrated as a time of renewal.
~~~~~~

Lunar Anomalies & Secret Space Program
First hour guest, civilian intelligence analyst and psychotherapist in New York City, Robert Morningstar, talked about evidence for towers on the moon, and a secret space program (related images & video). Some of the lunar structures don't look human-made, and have more of an insectoid-like architecture, he commented. The towers on the moon, which resemble spires, were first recorded by the Russians, and some stretch miles in the air, Morningstar reported. The secret space program, he continued, began as early as the 1950s, with technology compartmentalized into different divisions such as the US Navy, who reverse engineered a UFO retrieved from the 'Battle of LA' incident. ~coasttocoastam.com/show/2015/03/12
~~~~~~

SENTIENCE IS THE LAW OF THE UNIVERSE 'NEWS' ~

Humanoid robot has a sense of self
New Scientist | The human self has five components. Machines now have three of them. How far away is artificial consciousness – and what does it tell us about ourselves?
~~~~~~