His hands shook as he read... 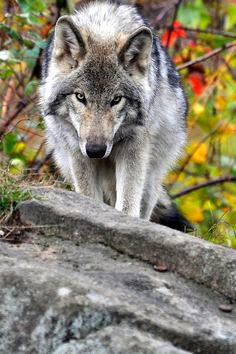 at SHAPESHIFTER SEDUCTIONS ~
Wolf Spirit Rises...
Heading toward the midnight hour mews, winter wonderful Kitkats... so, another gray drab day weatherwise on the tame prairie, and much colder... however, the sun did peek out during the late afternoon, and was so extremely bright there was no way to look upon Sol... also, there was a lovely sunset, a neon strip of tangerine and pink... the Kougaress is grateful.

Dare to keep preparing for the trying times ahead, darling kittens. The quickening now quickens. And *change* accelerates. Just remember, this Big Cat loves ya!
~~~~~~

Slow going, but the Kougar is penning away on her latest WIP... which still has no title. But does have a hot sex scene going on right now.
~~~

THE NAME GAME BEGINS
by Solara
Gill tried to inhale.  Nothing helped.  His hands shook as he read the birth notice section on the front page of the paper.  Headlines in bold print stood out.  Nick and Ziva’s twins along with Rachel and Tyburn’s two.  At the top of the list in italics were his and Chloe’s names.  Someone had started a betting pool on the names for all of the kids born within days of each other.
~~~~~~

LIBRARIES BEFORE THE DIGITAL AGE 'NEWS' ~

Hilarious Questions Posed to the NYPL Pre-Internet
New York Public Library shares some of the strangest inquiries its staff received before the advent of the World Wide Web. — Mental Floss
~~~~~~

THE KOUGARESS FIRST SAW THIS FILM WHEN IT WAS SHOWN AT A MOVIE THEATER... AND IT WAS AMAZING THEN 'NEWS' ~

NO FUN BUT INTRIGUING 'NEWS' ~

Dutch scientists use smell to recreate JFK, Diana and other famous deaths
Unsettling exhibition sees visitors encased in a metal box and bombarded with scents and sounds which recreate the 'scene' of legendary deaths. — Phys.Org
~~~~~~

Tough Day at the Track? Blame the Robot
A look at how robotic jockeys have transformed the sport of camel racing. — NY Times
~~~~~~

THE WARRING PAST REVEALS ITSELF 'NEWS' ~