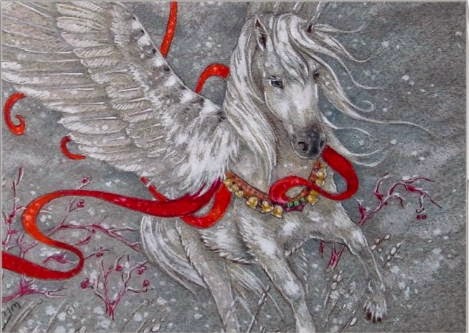 at SHAPESHIFTER SEDUCTIONS ~
Late night mews, most special and spunky Kittens... leaden skies and the air was saturated with moisture today on the tame prairie, that wet kind of cold, even though it was above freezing... on her trek down the mailbox, the Kougaress disturbed a busy squirrel, saw the flash of a white tail deer as she bounded away because she saw this Big Cat, and on top of that, one of the golden eagles was sitting in a tree, and lifted off in alarm... it was definitely *disturbing the wild critters* day... so, another frantic get stuff done day, and now this Big Cat is enjoying some quiet time.

Keep a wary eye out, most darling kittens. Lots of chaos and not-fun changes on the way in our world. Just remember, this Big Cat loves ya!
~~~~~~

The Kougar is starting chapter five of her holiday short story.

Also, the Kougar signed up for the linky blog SNEAK PEEK SUNDAY ~sneak-peek-sunday.blogspot.com~ She will be featuring the first six *X* paragraphs of Chapter Thirty-eight from HER MIDNIGHT STARDUST COWBOYS at SHAPESHIFTER SEDUCTIONS. shapeshifterseductions.blogspot.com
~~~

After the success of the community orchestra and the musical rendition of the battle for the Peak, many group decided to gather for holiday carol writing.  The humans down on the square decided to go with traditional hymns and contemporary holiday tunes.  The Second Street wolf pack borrowed the melodies they knew from the human songs they knew and proceeded to make up their own words.  A few of the local packs decided that censoring them made sense.  Except who was going to argue with them when they cleaned up the lyrics on their own.  There were rumors Miss Elly threated to dent a few of her soup pots by banging them on several heads if manners didn’t prevail.
~~~~~~

BENTWATERS, THE UFO CASE THAT WILL ULTIMATELY EXPOSE IT ALL 'NEWS' ~

Friday December 5, 2014
British Ministry of Defense Forced to Admit It: Bentwaters UFO Incident Happened!
Linda Moulton Howe interviews John Burroughs, a direct witness to the Rendlesham Forest UFO event, with explosive results. This event, which took place in the UK near the RAF Bentwaters air base, is second only to the Roswell Incident in importance as a UFO event, and, given all the military witnesses who have come forward, could be considered even more important than Roswell.
One of these direct witnesses, John Burroughs, has now forced the British Ministry of Defense to admit the truth: the incident happened and the men who were present were exposed to an unknown form of radiation.
Listen as Linda Moulton Howe conducts one of the most explosive and compelling interviews she has ever done.
Read more on Linda Moulton Howe's Earthfiles.com.
~unknowncountry.com/dreamland/latest~

Shattering Space-Time: the Secrets of Rendlesham Forest
We go deeper into exactly what happened during the Rendlesham Forest incident. Why are John Burrough's US Air Force medical records hidden even from him behind a top secret barrier? How did the radiation involved affect his health--and, for that matter, how did the radiation Anne and Whitley Strieber experienced affect their health, especially Anne's?
Linda tells the stories of some of the Rendlesham witnesses who have told her what happened to them but are afraid to do direct interviews. And then a NEW idea emerges: could the incident have something to do with movement through time?
Deep and powerful secrets are revealed in this program. Do not miss this one!
~unknowncountry.com/dreamland/latest~
~~~~~~

Is Bigfoot in Britain? Photos and audio prove something is
A man claims to have seen, heard and recorded Bigfoot in the British countryside. — Huffington Post
~~~~~~

The Mystery of the Upside Down Tree (Photograph)
CONTRIBUTOR: Jeffery Pritchett. In different areas of North America, people have found trees, big trees, that have been uprooted and shoved back down into the ground in an inverted position. Does bigfoot cause this, or is there some other explanation? One photo on that site shows an upside down tree found... ~beforeitsnews.com~
~~~~~~

THE CROWS TAKE OVER 'NEWS' ~

Town taken over by TEN THOUSAND crows who descend on homes every night in scenes reminiscent of Hitchcock classic www.dailymail.co.uk/news/article-2863041/Police-resort-bird-bombs-combat-TEN-THOUSAND-crows-descend-small-Washington-town-night.html
~~~~~~