The Stud is Released... 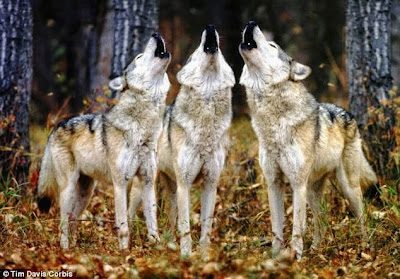 Sing Along with Talbot's Peak!
at SHAPESHIFTER SEDUCTIONS ~

Late night mews, scampering and frolicking Big Cat Beauties... a milder temp day, which was nice, except it was mostly a gray-sky day, even though the sun came out, and was so bright at four in the afternoon this Big Cat couldn't believe it... she has never ever seen the sun this glaringly bright... it's as if there is more than one sun, and you can't look at Sol directly at all!!! ... anyhoo, the moon rose over the barn and looked splendid in the now clear night sky... the Kougaress missed seeing the full moon, a couple of days ago, because of the rain and clouds.

Take care, most darling kittens, and look for right paths in these trying times. Always remember, this Big Cat loves ya!
~~~~~~

TOMORROW! On Tuesday, the stud is released... RIDE THE ROAN STUD by Stevie Klark is available at ~bookstrand.com/ride-the-roan-stud~

Some good progress on the Kougar's holiday short story today.

Sing Along with Talbot's Peak!
by Pat Cunningham

Will the first aliens we find be ROBOTS?
UK Daily Mail | Intelligent life may have turned to AI by the time we make first contact, expert claims.
~~~~~~

Strange, Loud Sounds from UK to US, Europe and Australia
A dramatic series of mysterious "loud bangs and explosive" sounds were heard starting in late November. — Earthfiles
~~~~~~

The Bigfoot of Japan
Japan is a land full of mountainous, wilderness terrain, but what are we to make of large hairy hominid accounts originating from this island nation? — Mysterious Universe
~~~~~~

HEADLINE ~stevequayle.com~ Orion: From Spacecraft to the Son of Poseidon: So many syncs, of late, seem to be foreshadowing events, as well as reflecting them. NASA is not unaware of the names they are bestowing on their craft.

HEADLINE ~stevequayle.com~ Stage is Set for Panspermia Creation Myth :Science fiction authors and the entertainment industry have been promoting panspermia for decades. Recent films like Prometheus (2012), Knowing (2009), and Mission to Mars (2000) have sown this seed into the public...
~~~~~~