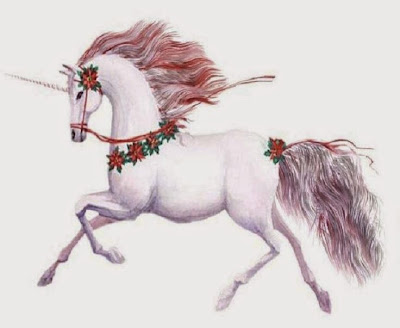 Early, early morning mews, holiday whirling Kittens... about two inches of snow fell on the tame prairie, and looked lovely... the temps were warm enough to make it melty... then the day turned gray-dreary again... yesterday when the Kougaress trekked down to her mailbox she caused a large flock of small birds to wing in alarm... they didn't go far, though, the adorable creatures... as this Big Cat was working on her post, the internet disconnected, and her phone kept making this sound as if it was busy... she's never had this particular problem occur... fortunately, the line came back to normal in time to post.

Stay cozy and cuddled this holiday season, darling kittens, and keep spreading the love. And remember, this Big Cat loves ya!
~~~~~~

The Kougar is still writing on her WIP, and is on Chapter Eight... yay!

Also, the Kougar signed up again for the HOT FOR FRIDAY: FIRST ENCOUNTER link-blog at the Book Boyfriends Cafe ~bookboyfriendscafe.com~ and put a snippet on her author blog.
~~~

How To Use The Senses To Show And Not Tell ~writerswrite.co.za/how-to-use-the-senses-to-show-and-not-tell~
~~~~~~

The Rise of Pluto ... so there! You Pluto planet deniers ... Fab show with Richard C. Hoagland, especially about the planet Pluto... listen and learn about the 'probable' ancient history of our solar system.

Former space science museum curator and former NASA consultant, Richard C. Hoagland ~enterprisemission.com~ shared his analysis on the latest space news including how we have entered a "Second Age of Space" with the burgeoning private space industry. He also presented intriguing conclusions about comet 67-P, which is being tracked by the Rosetta Mission, as well as findings related to Pluto, and Mars. He is particularly impressed by the pioneering work of Elon Musk, who is attempting to land a rocket that was launched from Cape Canaveral back down to Earth on a floating platform. By 2016, Hoagland believes we'll be hearing stunning announcements by NASA and other space agencies "that will completely transform" the backdrop for the US presidential election.
Commenting on a set of photos he sent in, the Mars orbiter image shows a circular formation with a set of three half-mile-long lines that he believes could have been an ancient cable system for a tramline that was possibly installed by a later civilization to view even more ancient ruins from an earlier civilization. Regarding castle-like structures on Comet 67P, he argued that they're organized geometry showing unmistakable signs of artificial architecture.
He suggested that Comet 67P is actually not a comet, but an ancient derelict space station or craft, and that a mysterious signal ~blogs.esa.int/rosetta/2014/11/11/the-singing-comet~ picked up coming from the object is a side effect of a Torsion beacon that reacted to the Rosetta spacecraft when it got within a certain proximity. Hoagland, who is penning a chapter, for a new book ~randomhouse.com/book/246883/pluto-#blurb_tabs~ about Pluto (he contends the dwarf planet contains ancient ruins), also spoke about clean energy and the work of Charlie Lewis of High End Alternative Energy ~http://heae.biz~
~~~
In tandem with his 12/17/14 appearance, Richard C. Hoagland shares a set of images & descriptions related to his presentation. Click on photos to enlarge.
~coasttocoastam.com/pages/richard-c-hoagland-12-17-14-images
~~~~~~