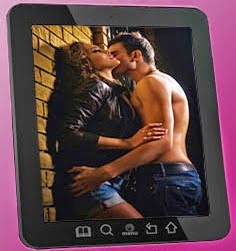 Late night mews, holiday hectic Kitkats... another gray, cold, damp day on the tame prairie... but the moisture is a good thing... so yeah, looks like the cyber war is hot and heavy... certainly the Kougaress ran into internet interruptions and glitches, especially this morning... anyhoo, this Big Cat needs to hit the sack fast... 'cause, she's way too worn out.

Keep cuddling and snuggling each other, darling kittens. And remember, this Big Cat loves ya!
~~~~~~

So, instead of writing the Kougar did promo stuff, and worked on the TITLE MAGIC blog, adding a page for our ShapeShifter Seductions free read, LOVE TO THE RESCUE. ~titlemagic.blogspot.com/p/blog-page.html~

That's the problem, there's always this balance point between writing your next book, and promo-ing your latest release, and the previous books you've written. ~huge sigh~

To that end, the Kougar also signed up for the HOT FOR FRIDAY: FIRST KISS link-blog at the Book Boyfriends Cafe ~bookboyfriendscafe.com~ and put a *First Kiss* snippet on the Happily Ever After blog ~happilyeverafterauthors2.blogspot.com~
~~~

Sexodus... sadly, with all the endocrine disruptors, and estrogen mimicking drugs and pesticide compounds... well hell, real men are becoming rarer and rarer in these times. What this Big Cat wouldn't give to be on a planet with real men... wish-wish!!!

HOW TO TEAR WOMEN AND MEN APART ... AND WHY ROMANCE READERS DEMAND ALPHA HEROES 'NEWS' ~

Facebook AI ‘mediator’ will analyze every upload…to warn against drunk selfies?
RT - Facebook says it is developing artificial intelligence that will not just monitor – but will also understand – every single action you make on the social network, so that it can guide and control your online behavior.
~~~~~~