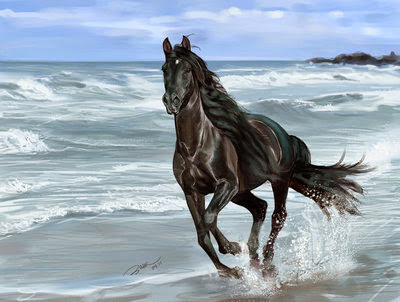 Late night mews, new year nebula-skipping Kitkats... wow, a hellaciously bitter cold start to the day with strong and constant winds... the tree branches were moving like crazy until around sunset... and the temps are supposed to fall to frigid again tonight... yeah, tomorrow doesn't look good either... so, sighs... 'cause that means the Kougaress has to expend extra energy and time taking care of everything... thus, a loss of writing time... ~another large sigh~

Stay warm and cozy-cuddled, darling kittens, to ride out this superstorm of cold. And remember, this Big Cat loves ya!
~~~~~~

At first it looked like Serenity might just get her man/ride home. Competing bids were scattered and half-hearted. She got the impression this bachelor might not be too popular with the crowd.

Why not? He was handsome enough to turn a girl’s head. Not a shorty, not too tall. His dark face appeared blemish-free. He didn’t look too thrilled to be up on stage, like he’d only entered the auction on a bet and now regretted it. His reluctance might have communicated itself to the women, accounting for the spotty bids.
~~~~~~

Does metal found in a 2,600-year-old shipwreck prove that Atlantis DID exist? Mythical red alloy said to be from the lost island is discovered off coast of Sicily ~dailymail.co.uk/sciencetech/article-2901795/Does-strange-metal-2-600-year-old-shipwreck-prove-Atlantis-DID-exist-Mythical-red-alloy-said-lost-island-discovered-coast-Sicily.html
~~~~~~

Seeing Electricity, Hearing Magnetism & Other Sensory Feats
From electric fields to infrared radiation, a rundown of some of the most bizarre ways animals perceive our world. — Nautilus
~~~~~~

Who Built The Mysterious Pyramid of the French Riviera?
Close to the town of Falicon, stands one of the most curious monuments found anywhere in Europe.
~mysteriousuniverse.org/2015/01/who-built-the-mysterious-pyramid-of-the-french-riviera~
~~~~~~

Boston Time Capsule Opened — Coins, newspapers found
Boston Globe - The box was a time capsule, many of its items first placed beneath the cornerstone of the Massachusetts State House 220 years ago to mark the start of the building’s construction. The history came in many forms. There were five neatly folded newspapers, a collection of 23 coins dating as far back as 1652, a medal depicting George Washington, a replica of Colonial records, and a silver plate commemorating the erection of the new State House.
~~~~~~

Survival Basics: Water and Water Storage
Wednesday, January 07, 2015
by Gaye Levy
During a recent book giveaway, the question asked was “What piece of prepping gear is at the top of your bucket list?”  Needless to say, I was more than a little bit surprised to find that the top response was water storage, water filters, and water purification equipment.
While having the gear is nice, anyone interested in preparedness also needs to have a basic understanding of the concepts behind water and water storage.  Where to find, store, purify, and filter water are all questions that need to be asked, answered, and periodically reviewed.
And why do I know that?  A couple of months ago I was personally without running water for 12 days.  Being up to speed on the do’s and don’ts of water were key to my getting by just fine during this period.
With that in mind, today I share an article on water as a survival basic.
~naturalblaze.com/2015/01/survival-basics-water-and-water-storage.html
~~~~~~