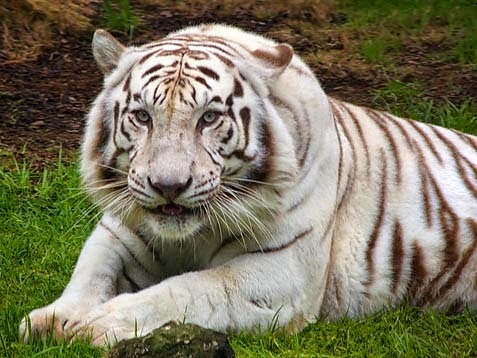 at SHAPESHIFTER SEDUCTIONS ~
Late night mews, new year notorious Kittens... a wonderful warm day on the tame prairie... the morning sky was a beautiful blue, but then it clouded over... and later in the afternoon the chemtrails hit... and could be seen during the lovely pink sunset... what a travesty against Mother Earth and humanity... ~sighs~ ... another super busy day, but at least this Big Cat got a bit done outside, as well.

So, darling kittens, keep preparing for the superstorms of life. And remember, this Big Cat loves ya!
~~~~~~

The Kougar is ready to begin chapter twelve of her SHAPESHIFTER SEDUCTIONS WIP... she put the finishing touches on chapter eleven.
Also, the Kougar penned Volcano's Weekly Angelic Forecast... which is posted at Kougar Kisses below, and at these two sites ~ sirenbookstrand.blogspot.com & ~ titlemagic.blogspot.com ~
~~~

Inside Information
by Pat Cunningham

When in doubt … My brain went blank this morning, so once again I’m dipping into my WIP, The Mountain Lion King. Rick just found the dead grizzly and now knows something deadly has invaded his mountain stronghold. He heads to Talbot’s Peak and the Grease ‘n’ Grill diner for the inside skinny.

Vern already had a hungry bunch seated and ripping away at their food. Wolves, primarily, with one booth taken over by coyotes and a solitary bobcat at a corner table crouched over his fish and chips. Every head turned toward them when they came in, marked by predators’ glares. Only the bobcat made a sound. He recognized their feline nature, hissed, and pulled his plate in even closer.
~~~

So, the Kougaress has wondered about the DARK NET by using the Tor browser, and this ~coasttocoastam.com~ show was highly informative. Too bad this Big Cat doesn't have the cyber street smarts to navigate this kind of digital world, or utilize it in a way that would be beneficial, given privacy is a good thing.

BLURB: The Dark Net
Sun 01-18
In the first half of the program, George Knapp was joined by author and media researcher Jamie Bartlett for a discussion on the Dark Net, an online underworld which exists in the most secretive corners of the web. ~coasttocoastam.com/show/2015/01/18~
~~~~~~

Inside the Quietest Places on Earth
A look at natural and manmade environments where silence truly is golden. — weather.com
~~~~~~

Elon Musk donates $10m to keep artificial intelligence good for humanity
Billionaire entrepreneur and space travel-fan says his money should be used to address concerns over safety. — The Guardian
~~~~~~

THE GIANT KANGAROO... WHAT A WAY TO TRAVEL 'NEWS' ~

The next frontier of hacking: your car
As cars become increasingly connected to the Internet, they become more vulnerable to cyber criminals. — Vox
~~~~~~

Exorcist Elected Head of Political Party in Mexico
New president of Mexico's Green Party in the city of Leon is both an exorcist and a paranormal investigator. — Mysterious Universe
~~~~~~

WOW, THIS WOULD BE ULTRA COOL 'NEWS' ~

See the World’s Greatest Stolen Artworks in This Virtual-Reality Museum
Remarkable project provides virtual visitors with a look at pilfered artwork as well as historic artifacts that were lost in wars. — Wired
~~~~~~