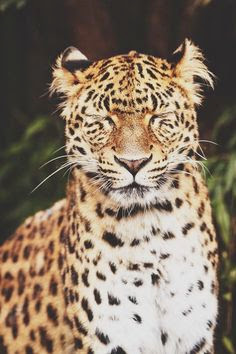 at SHAPESHIFTER SEDUCTIONS ~
Squinchy eyes after a very long day...
Late night mews, new year fabulous Felines... not quite as frigid today on the tame prairie, but the cold-terrible temps are moving in again... so, the Kougaress wasn't able to trek down to her mailbox until sunset, which turned out to be absolutely stunning with those intense neon colors... by the time she made it back to the house the neon red blazed gorgeously... anyhoo, another impossibly busy day... but onward and upward, as they say.
Cozy cuddles and snuggles, darling kittens, with the ones you love. Stay warm and keep stocking up for the times ahead. And remember, this Big Cat loves ya~
~~~~~~

Today’s post refers back to an oldie but a goodie, this one here. It’s also a two-parter. The results will be posted next week, or Thursday if there’s enough demand.

Serenity Miller tugged at her bra strap. She never should have worn a bra tonight. Sure, it made her boobs stand up like puppies begging at the table, but the underwire was cutting a line into her skin and the one strap kept slipping down. All the perspiration wasn’t helping. She reached up to fuss with her hair, caught the action and forced her hand back down.

Of all the places to get dumped, a freaking shifter bar. God only knew how many “I’m lost, helpless and afraid” signals her sweat was blasting out to the clientele. The predators would sniff it and start circling. The herbivores would smell the predators and leave her to her fate. Just like Roger had, a half hour ago.
~~~~~~

The Best Mars Discoveries Part Two (Video) (video)
CONTRIBUTOR: N. Morgan. (N.Morgan) In this latest installment by Paranormal Crucible, she shares more of the intriguing images from Mars, that are her favorites. The ongoing mystery of these objects appearing on Mars is mind boggling and leaves more questions, rather than giving answers. Is NASA is digitally altering "official" Mars... ~beforeitsnews.com~
~~~~~~

ROBOTS ON THE RISE 'NEWS' ~

Robots can now learn to cook just like you do: by watching YouTube videos
Venture Beat | Researchers have come up with a new way to teach robots how to use tools simply by watching videos on YouTube.
~prisonplanet.com/robots-can-now-learn-to-cook-just-like-you-do-by-watching-youtube-videos.html
~~~~~~

Self-Sustaining Town Grows Vegetables in Most Unlikely Places
Christina Sarich | Could this be the answer to self-sustainability?
~~~~~~