...the SHAPESHIFTER SEDUCTIONS newsletter is about ready... 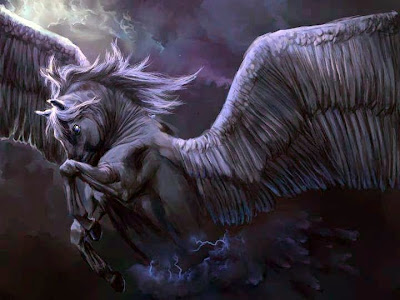 After midnight mews, new year nexus-cosmic Kittens... a relatively nice warmup just above freezing on the tame prairie this afternoon... and the temps are staying a bit milder and are supposed to warm up... yay! ... the sun actually made an appearance as well... gosh, there should be a way to make more hours during the day... but then, that would wear you out even more... whatever, time has become a superspeed quickening alright.

Stay close and tight with your loved ones, darling kittens. Together we are strong against these trying times. And remember, this Big Cat loves ya!
~~~~~~

Not a whole lot of writing today... just too much life stuff to get done... darn it!

However, the SHAPESHIFTER SEDUCTIONS newsletter is about ready to be released. And we're having a little contest. So stay tuned and sign up if you haven't.
~~~

Some good questions from K.A. M'Lady ~kamlady.net~ at the *ParanormalMonday@yahoogroups.com *

Rare microfilms of UFO sightings are now available online for free
The files relate to USAF investigations into UFOs from 1947-1969. — Mail Online
~~~~~~

Robo-wings: Military drones that mimic hawks and insects
CNN | A defense agency is working on a surveillance robotic hawk that could fly through an urban combat jungle at 45mph.
~~~~~~

ONE OF THOSE FATEFUL GOOD 'NEWS' STORIES ~

Secret American Archeology ... given the educational crap that was fed to the Kougaress as she was growing up, it's difficult to fully wrap her mind around the complex and complicated pre-history of the country we call America... it means replacing mental images and understandings developed lo those long years ago with the startling reality that is being revealed more and more each day... this despite the dark-side establishment's best efforts to keep it all suppressed, and away from the masses... last night on Coasttocoastam.com, Carl Lehrburger did a most excellent job of speaking about the Celtic arrival and colonizations on this continent prior to Christopher Columbus.... this was not merely the Vikings arriving, either.

In the first half, pharmacist and nutritionist Benjamin Fuchs ~criticalhealthnews.com~ addressed such topics as prescription deaths, contradictory health recommendations, the problem with the western medical model, and what's behind chronic diseases. He reacted to the news that prescription drugs are killing more people than illegal drugs-- drugs, by their very definition are not healing people, and have toxic elements that can take their toll on users, he remarked. After completing his training, Fuchs moved away from mainstream pharmacy, and works on compounding custom medication, and formulating nutritional and skin care products.

The two causes of all chronic diseases are blood sugar and the digestive system, he suggested, noting that problems with digestion begin at an early age, particularly for children who aren't breast fed. Inflammation, which occurs at the cellular level, is the body's protective response, but it signals that something is imbalanced, he explained. For clearing up digestive problems, he recommended starting with a one-day fast, and improving healthy bacteria in the stomach by taking good quality probiotics and eating fermented foods.

For more than 25 years Carl Lehrburger ~newhistoryofamerica.net~ has studied archaeological and sacred sites in North America, with a focus on ancient peoples in America before Columbus. He discussed his latest work revealing extensive evidence for pre-Columbian explorers in ancient America, such as Celtic relics. He personally explored some of the New England sites highlighted in Barry Fell's groundbreaking book America B.C., and became convinced that Celtic writing and relics, thousands of years old, were indeed genuine, and that migrations to America came over many different periods and waves. These migrations included both trans-Pacific and trans-Atlantic visitors, and one of the biggest drivers of this ancient travel was the quest for gold and silver-- in the Eastern US copper mining took place, while gold and silver were mined on the West Coast, he said. The ancient Celts left evidence of their writing system in New England, Colorado, Kansas, Oklahoma, as well as latter day Celts leaving inscriptions in West Virginia, he said.

One of the most important examples is the site called America's Stonehenge, located in southern New Hampshire, which he characterized as a large area of Celtic stone constructions, dating back 2,000 years. A town in Arizona also dates back to this era, he suggested, and was inhabited by a Roman colony, who left behind their historical record on lead plates. Lehrburger believes there's been a deliberate attempt to keep America's true archaeological history hidden from the public. ~coasttocoastam.com/show/2015/01/13 ~
Book(s): Secrets of Ancient America
News segment guests: Lauren Weinstein, Cal Orey
Website(s): criticalhealthnews.com
newhistoryofamerica.net
purevisiontechnology.com
~~~~~~

A FEW TIMES THE KOUGARESS HAS SUCCESSFULLY USED THE HEIMLICH MANEUVER ON HER PETS... HOWEVER, SHE HAD NO INSTRUCTION ABOUT HOW TO DO IT AT THE TIME, SINCE NO ONE TALKED ABOUT IT... SHE SIMPLY FIGURED IT WOULD BE THE SAME PRINCIPLE AS ON HUMANS 'NEWS' ~

Knowing How to Do the Heimlich Maneuver Could Save Your Pet's Life in an Emergency
Dr. Becker - It’s rare that a pet falls unconscious or stops breathing, but if your dog or cat ever should, knowing how to perform the Heimlich maneuver and CPR could save your furry companion’s life. ~healthypets.mercola.com/sites/healthypets/archive/2015/01/14/pets-heimlich-maneuver-cpr.aspx
~~~~~~