Black as the night... 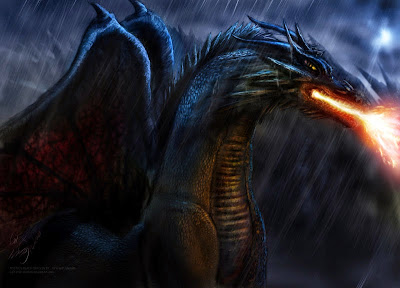 at SHAPESHIFTER SEDUCTIONS ~
New Moon mews, new year nocturnal-prowling Felines... not as warm, but still milder temps on the tame prairie today... for which this Big Cat is very grateful... so a mind-numbing, mind-spinning day of news and info that simply catapults the current craziness of these times... and then there's Valiant Thor, the name of an *on the good side* ET being whose story has been made into a movie... see below.

Meanwhile, most darling kittens, take a walk on the wild side of *we are not alone*. And remember, this Big Cat loves ya!

From COAST TO COAST AM ~

Alien at the Pentagon

In the first half, Emmy-nominated casting director Craig Campobasso talked about his film career and current projects, including his directorial debut, Stranger at the Pentagon ~strangeratthepentagon.com~ which won Best Sci-Fi Short Film at the 2014 Burbank Film Festival. Campobasso, who also wrote and produced "Stranger at the Pentagon" based it upon the popular UFO book of the same name written by Frank Stranges in 1967. Stranges described a divine being named Valiant Thor who allegedly came to Earth from Venus with a mission to help eliminate disease and poverty, and extend people's lives. Thor was said to meet with Pres. Eisenhower in 1957, who put him on a VIP status, so that he could live at the Pentagon for a three-year period in order to work on implementing his plan.

In 1959, Stranges said he met a woman from the Pentagon who introduced him to Valiant Thor. Earlier, retired Air Force photographer August Roberts took images ~ufosightingsdaily.com/2012/02/president-eisenhower-had-three-secret.html~ of three beings at contactee Howard Menger's home, whom he believed were "space people," including Valiant Thor, who was said to have no palm prints. Thor's spaceship "Victor One" is 300 ft. in diameter and stationed at Lake Mead, Campobasso recounted. For more on Stranges' account of Valiant Thor, view this short documentary. ~coasttocoastam.com/show/2015/01/19~
~~~~~~

Black as the night...
By Savanna Kougar

Okay then, today's rough flash scene is a new story idea that crept up on me. Yeah, I so wish I had that out-of-time writing room... just enter, write to my heart's content, then emerge from time to time... yeah, if only... ~grinz~
~~~~~~

Black as the night...

Black as the night he soared through, Zholaz performed another perimeter sweep of Talbot's Peak territory. Spying a special ops squad of ten dogman shifters, mad-scientist manufactured at a nearby underground base, he spread his dragon wings stalling his flight.

Dragonfire formed in his belly as he dived to attack. Loathe to kill any living being, even lab-created soldiers, Zholaz loosed bolts of flame that struck a stack of boulders. Observing his approach, the dog-headed team scrambled, taking up positions behind the jagged wall of rock.
~~~~~~

Mysterious Planet X May Really Lurk Undiscovered in Our Solar System
At least two planets larger than Earth likely exist in the dark depths of space far beyond Pluto, just waiting to be discovered. — Space.com
~~~~~~

HEADLINE ~stevequayle.com~ Mummy Mask May Reveal Oldest Known Gospel:A text that may be the oldest copy of a gospel known to exist — a fragment of the Gospel of Mark that was written during the first century, before the year 90 — is set to be published.
~~~~~~

Mystery of Alexander the Great-era tomb deepens with body discoveries
Remains of five people found in vast, ancient tomb dating back to Alexander's era, around 300-325 BC. — The Telegraph
~~~~~~