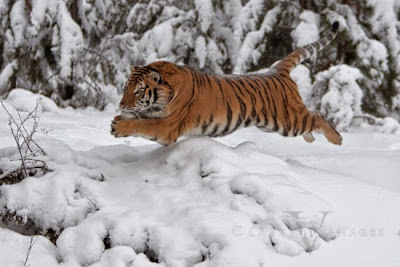 Saturday late night mews, new year nook-cozy Kittens... so, another mild temp day on the tame prairie... however the rain has moved in, which is a good thing... gosh, the Kougaress just gets so overwhelmed at times, given these times... anyway, she got a lot done today, and now she'd so like to get more writing accomplished.

Stay safe and warm, most darling kittens, and if you're about to get hit by a snowstorm or bad weather, hunker bunker down, and spend quality time with your loved ones. And remember, this Big Cat loves ya!
~~~~~~

Some more done on the Kougar's latest WIP, a SHAPESHIFTER SEDUCTIONS love story... the days are just so discombobulated and busy it's been tough to get enough writing time.

Also, the Kougar signed up for the linky blog SNEAK PEEK SUNDAY ~sneak-peek-sunday.blogspot.com~ She will be featuring the first six paragraphs of Chapter Forty-two from HER MIDNIGHT STARDUST COWBOYS at SHAPESHIFTER SEDUCTIONS.
~~~

Two loud screeches split the night air drawing the attention of those standing on the patio outside the mayoral mansion.  Snow blew across the open space drifting in between the chairs and table close to the fire pit.  The blaze flickered and fluttered with each gust of the wind.  Close to the corner near the wooded area, two sets of gold eyes watched and waited.

Gill handed Louie the other shovel as he spoke.  “Vernon said he’d be back with food for everyone.  At the rate this snow is falling we’re going to be keeping company for a while.”
~~~

“The opposite of addiction is not sobriety. It is human connection.”
Thursday, January 22, 2015
The title of this news summary is a direct quote from Johann Hari, a man who grew up in a family of addicts. Hari undertook a 3-½ year, 30,000-mile journey to understand the causes of addiction and the failures of the war on drugs. He summarizes some of the findings that went into his new book
~unknowncountry.com/news/opposite-addiction-not-sobriety-it-human-connection

Is Running a Marathon Good for Your Health? Scientists Plan to Find Out!
Monday, January 19, 2015
Marathon Runners close photo image shadowed and silhouetted in color against the
Last Friday, January 16th, a dozen runners set off on a 3,080-mile marathon that will take them approximately 4.5 months to complete. No one will be surprised to learn that the starting point for this extreme endeavor is California. The end point is Maryland.
What is surprising is the age range of the 9 men and 3 women participants, which ranges from 29-74 years old. Also interesting to note is the fact that two people are running barefoot, two in sandals and two are wearing kilts. One of the kilt-wearers, Rob Young, is in especially good shape for the 18-week marathon as he has spent the last 8 months running more than one marathon a day. (A marathon is 26.2 miles or 42 km). ~unknowncountry.com/news/running-marathon-good-your-health-scientists-plan-find-out~
~~~~~~

HEADLINE ~stevequayle.com~ Did Nimrod Build More Than Just A 'Tower' :Was the tower built in a place where there was a dimensional portal to allow 'the gods' to enter earth?
~~~~~~

Beam me up Scotty: German scientists invent working teleporter, of sorts New system destructively scans objects transmits them through encrypted communications across any distance and rebuilds it the other side ~theguardian.com/technology/2015/jan/23/german-scientists-teleporter-transporter-3d-printing-star-trek
~~~~~~

Bigfoot Encounters
Fri 01-23
Sitting in for George, Dave Schrader (email) was joined for the entire show by Christine D. Parker ~100bigfootnights.com~ who claims to live in a neighborhood across from an old, creepy forest where Bigfoot and the unknown lurk. Her family has purportedly been tormented by the creatures and according to a Bigfoot investigator they contacted, "They aren’t going anywhere." ~coasttocoastam.com/show/2015/01/23~
~~~~~~

THE PAST REVEALING ITSELF SHOW ~

Mound Builder Mysteries
Excavations from the 1800s and early 1900s found giant skeletons in large tombs buried deep inside these mounds. There were legends that an elite group of people 7-8 ft. tall (the average height of the Adena native people was 5 ft. 4 in.) ruled the locals and oversaw construction of the mounds and earthworks, which were ritualistic devices employed to assist souls making the transition between this world and the next, Little explained. ~coasttocoastam.com/show/2015/01/21
In tandem with his presentation on the 1/21/15 show, Greg Little shares a set of photos taken by Dr. Lora Little. ~coasttocoastam.com/pages/greg-little-ancient-mounds-imagery
~~~~~~

Asteroid to pass so close on Monday you'll be able to see it with binoculars
Not to worry though... the asteroid, designated 2004 BL86, will safely pass about three times the distance of Earth to the moon on January 26. — Mail Online
~~~~~~

World's oldest fire has been burning for 5,500 years
Australia’s Burning Mountain has been smoldering for thousands of years. — Discovery News
~~~~~~

Weekend: Alien Life Forms Breeding Away in USC Labs
Friday, January 23, 2015
“Some of the best evidence for life in space lives right here on Earth: It’s weird, adaptable, and far hardier than we ever thought.” —Alissa Zhu
Panspermia is the ancient idea that the seeds of life exist everywhere in the Universe. Spread like spores by stellar rocks and dust as well as by human-made space debris, they begin the process of evolution wherever they land – just as soon as they encounter the right conditions in which to thrive. If it takes 40,000,000 years or more for that to happen – well, who’s counting, anyway? The microorganisms remain ever ripe and ready for action. But what are the ideal conditions for life?
Read the original source: ~unknowncountry.com/news/weekend-alien-life-forms-breeding-away-usc-labs
~~~~~~