“No, Nope and definitely not!” Ziva looked at Nick... 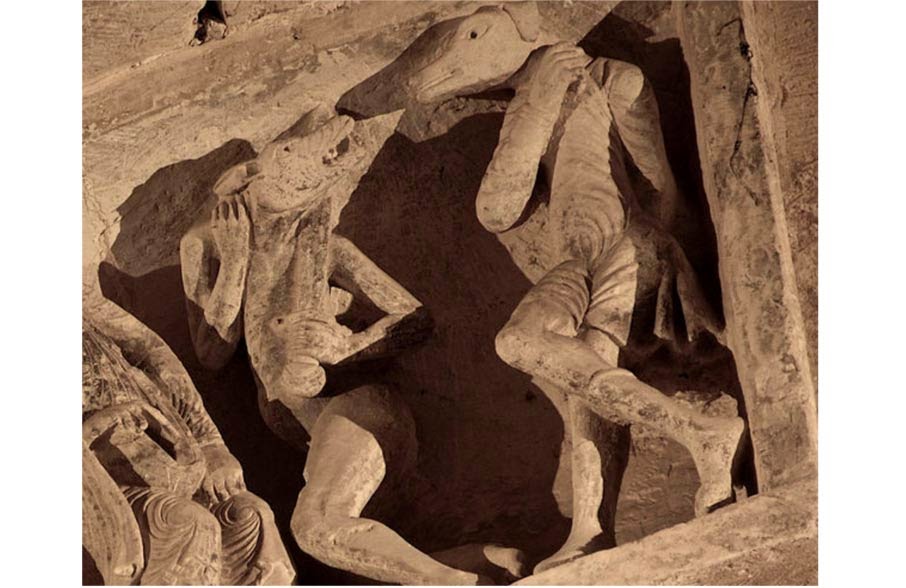 Pic From ~ancient-origins.net/myths-legends/cynocephaly-and-mythological-dog-headed-human-002577~ This is a fascinating article!

Late night mews, new year navigating Big Cat Beauties... the Kougaress saw the slim crescent moon this evening, a half circle hanging in the dark sky, which was partly overcast... the temps are still winter-mild, that is, not frigid... and this Big Cat is so appreciative! ... wow, the birds were chirping and singing away today when the Kougaress trekked down to her mailbox, more than she's heard in recent times... and yesterday a flock of geese flew overhead... oh, and the Propur Water Gravity Filter seems to be working well... it arrived yesterday.

Have a great weekend, darling kittens, and give your loved ones a big hug. And remember, this Big Cat loves ya!
~~~~~~

“No, Nope and definitely not!” Ziva looked at Nick over the bassinet where their twins slept, convinced her mate was just throwing names out there at this point to get on her nerves.  “They’d call her Kat, Nick, Kat!  Our beautiful girl is an Alpha wolf, not a cat.”
~~~~~~

The Most Ancient and Magnificent Trees From Around the World
The Bowthorpe Oak is a massively thick, millennium-old tree in Lincolnshire, England that once was rumored to hold three dozen people in its enormous, hollowed-out trunk.
~wired.com/2015/01/beth-moon-ancient-trees~
~~~~~~

Alex Garland's film Ex Machina explores the limits of artificial intelligence - but how close are we to machines outsmarting man? ~independent.co.uk/life-style/gadgets-and-tech/features/alex-garlands-film-ex-machina-explores-the-limits-of-artificial-intelligence--but-how-close-are-we-to-machines-outsmarting-man-9996624.html~
~~~~~~