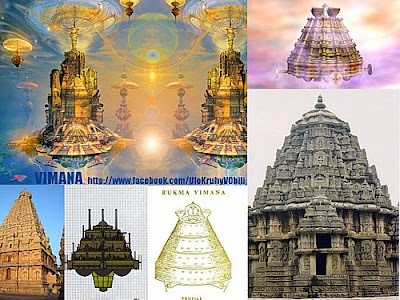 Saturday late night mews, new year lovely and spunky Felines... a drizzly, rain-misty day on the tame prairie... but it didn't ice up... however, frigid temps are moving in again... the Kougaress sure wishes the nasty cold would stay away... gosh, the days just seem to get speedier and busier... ~shakes head~

Stay cozied up, darling kittens. The world breaks apart, and we need each other. Always remember, this Big Cat loves ya!
~~~~~~

Sorry no post this week. Double holidays and work
has me pulling overtime. Keep tuned as the name game
continues. I'm working on the list that Chloe's family wants along with Gill's relatives like Louis Bastian.

Ancient Indian aircraft on agenda of major science conference Indian Vedic myths tell of ancient pilots flying craft around the world and out of this world. But some think the myths were true, and that modern science has it all wrong.
www.cnet.com/news/ancient-indian-aircraftspaceship-on-agenda-of-major-science-conference
~~~~~~

The Top Cryptozoology Stories of 2014
Loren Coleman counts down the biggest news events in the world of cryptozoology for 2014. — Cryptozoonews
~~~~~~

HEADLINE ~stevequayle.com~ ARCHEOLOGISTS DISCOVER MYTHICAL TOMB OF OSIRIS, GOD OF THE DEAD, IN EGYPT: To the west of the central temple is a funerary room with the reliefs of demons holding knives
~~~~~~

THE GIANTS AMONG US 'NEWS' ~

The UFOS Aren't Going Away ... not anything detailed if you're looking for that kind of info... just to say that according to Peter Davenport of ~ufocenter.com~ credible UFO reports and activity are skyrocketing... that is, to paraphrase Mr. Davenport's words when he spoke on ~coasttocoastam.com~ last night... according to Peter last year was a banner reporting year, and with 2015 beginning, there's no letup whatsoever... this Big Cat can only barely skim the vast news out there about UFO activity ... however, it's obvious people are coming out of the woodwork to report their sightings and personal experiences... as well, many investigators in the field are putting extensive work into exploring and speculating about the massive amount of UFO activity... so much so, it's a whole diverse world unto itself... while not anything recently, in the past the Kougaress has had one *changes you forever* sighting and many more sightings in the night sky that were similar to what others have reported, especially during one summer... these past few months the sky has been overcast a great deal, and this Big Cat isn't able to observe the night sky as much either... intriguing to say the least, is how this level of UFO activity is affecting the nature of society as a whole... because it is changing, despite all the repressive tactics used by the dark-side powers that be. This Big Cat believes there will be some major breakthroughs around the UFO phenomena this year. Btw, they aren't all black project craft, in this Big Cat's opinion.
~~~~~~

THE HEALTH USE OF COPPER 'INFO' ~

Weekender: Rediscovering an Ancient Solution to a Modern Scourge
Friday, January 2, 2015
No matter where in the world you are, one of the most dangerous places to go if you’re in need of medical attention is any facility that offers healthcare services. Whether it’s low-tech and rudimentary or an expensive state-of-the-art hospital, bacterial, fungal and viral pathogens thrive and spread in these environments such that you may come in with one issue and go home with several others.
Most common among these acquired disorders are pneumonia associated with the use of ventilators, catheter-associated urinary tract infections, blood stream infections, and infections at the site of the surgery. Such complications cost the U.S. approximately $45 billion annually – not counting loss of productivity and income for the patient fortunate enough to survive and recover. Approximately 100,000 patients a year in this country are not so fortunate.
Since approximately 80% of infections come from touching hospital surfaces – and the most frequently touched and contaminated surface is the patient’s bed rails – the ICU’s in three hospitals have replaced stainless steel or plastic bed rails with ones made of copper since it kills bacteria, yeast, viruses and fungi on contact. By contrast, microbes can live for months on stainless steel and other surfaces.
So, why didn’t someone think of this sooner? Actually, they did – beginning with the ancient Egyptians, who used copper to sterilize wounds and drinking water. The Greeks, Romans and Aztecs, among others, all used copper and copper compounds to treat a wide range of medical problems. In the 19th century, in Paris, France, it was observed that copper workers maintained immunity during successive cholera epidemics.
In the 20th century, organic copper compounds continued to be used to treat a long list of unrelated medical problems – including eczema, tubercular infections, syphilis, anemia, etc. But once antibiotics came along in the early 30’s, copper’s anti-microbial properties were mostly forgotten. Now that antibiotic-resistant ‘super-bugs’ are prevalent in hospitals, nursing homes, food processing facilities and factory farms, copper is once again being tested as a strategy for reducing pathogenic microorganisms.
As pointed out in a study led by Cassadra D. Salgado, M.D. on the use of copper to reduce HAI’s – Healthcare-acquired infections – “The inherent biocidal properties of copper surfaces offer a theoretical advantage to conventional cleaning, as the effect is continuous rather than episodic.” Copper was recently registered at the EPA as the first solid antimicrobial material.
News Source: ~dailykos.com/story/2014/12/17/1352496/-Ancient-Egyptian-technology-may-be-our-first-line-of-defense-from-hospital-infections~
~~~~~~