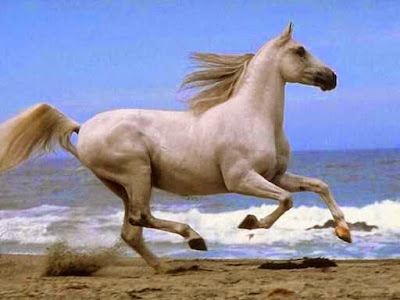 Saturday night mews, new year nirvana Felines... thankfully warmer than frigid on the tame prairie today with some lovely blue skies... the birds were flitting about... and near sundown, Sol became an amazing sunblast of yellow light... so, a long night for this Big Cat due to circumstances, but at least she was functional today.

Watch out for each other, darling kittens. We all need to be 'all for one, and one for ALL' at this point in time. And remember, this Big Cat loves ya!
~~~~~~

The Kougar is finishing up Chapter Ten of her WIP, and will hopefully get going on the next chapter... the story is going well... if only life would cooperate.

Also, the Kougar signed up for the linky blog SNEAK PEEK SUNDAY ~sneak-peek-sunday.blogspot.com~ She will be featuring the first six paragraphs of Chapter Forty from HER MIDNIGHT STARDUST COWBOYS at SHAPESHIFTER SEDUCTIONS.
~~~

AND THE WINNERS ARE. . .
by Solara

Gill looked down at the list he held.  The top ten names, boys and girls, stood out on the computer printed sheet.  Rachel and Tyburn decided they would join in on the name game by bringing their brood over.  The one who cried when a name got called got that moniker.  Well, at least something had to happen.  Way things were going asexual names made sense.  Gill sighed as he folded the paper.  Names never seemed this hard when he decided what to call his pets.  Heck, even the chickens his granddad had were named easier than this.  Of course, all chickens looked the same after a while.  Your off spring didn’t.
~~~~~~

WHO KNEW THIS ABOUT BUTTERFLIES? 'NEWS' ~

Rare half-female, half-male butterfly emerges in museum
A museum exhibit volunteer at Drexel University got an incredible surprise last fall, when he came upon a half-male and half-female butterfly just emerged from its chrysalis. — Discovery News
~~~~~~

NASA throws robot into volcano to explore fissures
The small VolcanoBot 2 will explore fissures and volcanic vents, and could also help understand alien planets. — The Independent
~~~~~~

Traces of Life Spotted on Mars?
A researcher analyzed photos that Curiosity took of an ancient sedimentary outcrop and noted similarities to "microbially induced sedimentary structures" here on Earth. — NBCNews.com
~~~~~~

NOT FOR THIS BIG CAT! SHE WANTS TO BE IN THE DRIVER'S SEAT 'NEWS' ~

I rode 500 miles in a self-driving car and saw the future
The autonomous Audi A7 prototype represents one of the biggest steps forward any automaker has taken toward the day when we're all simply along for the ride. — Wired
~~~~~~