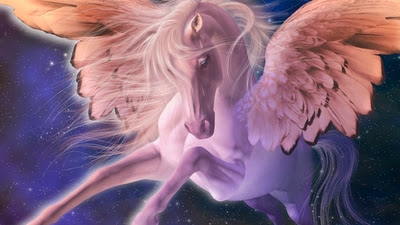 Late night mews, most excellent and effervescent Kittens... a calm, somewhat clear night on the tame prairie... lovely mild temps, and tomorrow is supposed to be close to seventy degrees... but then, it cools down again, with snow in the forecast... so, the Kougaress spent most of the day madly running about getting things done as fast as possible... just not enough hours in the day, the usual complaint... and this Big Cat's slightly frostbitten fingertips have healed up, finally.

Get cozy, and help each other out, darling kittens. It's time to connect heart-to-heart in ever deeper ways. Just remember, this Big Cat loves ya!
~~~~~~

Much later their tongues twined...
By Savanna Kougar

Here's another sneak peek of my current ShapeShifter Seductions WIP. My time is just so limited to write these days. Anyway, my winged horse heroine, Keina, and her more-than-human hero, Drev, are getting to know one another after another steamy lovemaking session.

This very unedited scene is a compilation of the end of one chapter and the beginning of the next chapter.
~~~

Much later their tongues twined, seductively twisting, stroking. Each slide and caress was a slow dance to be savored, to be enjoyed as a beautiful eroticism.

"Drev, wow." Her words came out as breath against his lips pressed tenderly against hers.
~~~~~~

YEAH, THEY WERE FAR MORE ADVANCED THAN WE'VE BEEN ALLOWED TO KNOW 'NEWS' ~

WHO KNEW ASTEROIDS HAD MOONS? 'NEWS' ~