Hal Turpin slouched on a barstool... 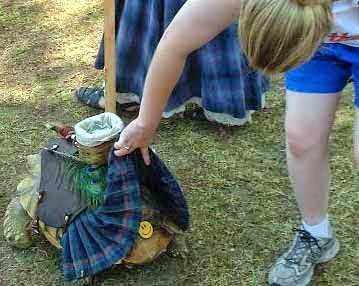 Monday late night mews, new year not-nefarious KitKats... calm on the tame prairie tonight, and the half moon dominates the black sky with a brightness that is amazing... yesterday, it was colder and winds roared through... so, the Kougaress is metaphorically clawing her way through life... guess what, she was listening to one of her paranormal-ufo-metaphysical shows, and someone claimed the origin of the human race is from a feline race, which ties in with Mars and Egypt... fascinating stuff!

Anyway, most darling kittens, if you're caught in the huge snowstorm on the East Coast, take care, cuddle up, and ride it out. And remember, this Big Cat loves ya!
~~~~~~

A bit of good writing done on the Kougar's SHAPESHIFTER SEDUCTION WIP.

Also, the Kougar penned Volcano's Weekly Angelic Forecast... which is posted at Kougar Kisses below, and at these two sites ~ sirenbookstrand.blogspot.com & ~ titlemagic.blogspot.com ~
~~~

Slow and Steady
by Pat Cunningham

Hal Turpin slouched on a barstool, one heavy arm leaning on the bar. He sipped his ale and swept his narrowed gaze around the common room of the Best of Breed Tavern. Every so often he sighed.

His mood did not go unnoticed by Duff McDuff, proprietor of the tavern. “It can’t be the liquor that’s got ye so down,” McDuff said. “Be a good patron now, and confide in yer bartender.”

“The ale’s acceptable,” Turpin allowed. “Or would be, had I a comely lass to share it with. One night of no strings, to break the monotony. Is that too much for an old axe-slinger to ask?”
~~~~~~

Life on Mars: 'Spaceman' spotted repairing Mars Curiosity rover
UFO experts have sensationally claimed that this photo, which they say shows a human engineer working on the Mars Curiosity Rover, could be proof of life on the Red Planet. — Metro.co.uk
~~~~~~

French Nuclear Director Says UFO Was Over His Plant
In the fall of 2014, it was reported that there were anywhere from 13 to 18 incidents of French nuclear power plants being targets of surveillance or suspicious hovering by UFOs. — Mysterious Universe
~~~~~~

Scientists take first step towards Star Trek transporter
German engineers have created a machine which can take a physical object, scan it, and re-build it in a new location. — The Telegraph
~~~~~~

Vampire bat drone walks and flies
Talking a cue from vampire bats, which can both fly and walk, researchers have built a drone that works on land and in the air.
— Discovery News
~~~~~~