The Legend Of The Michigan Dogman 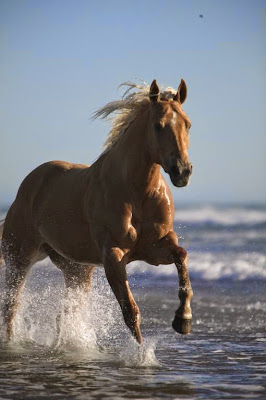 at SHAPESHIFTER SEDUCTIONS ~
The Kougaress wishes she was there with this beautiful horse...
Late night mews, new year romping and rollicking Kitkats... dang, it's frigid-icky on the tame prairie, and down into the negative temps... come on, global warming, please!!! ... speaking of odd, though... the sun's position in the sky is weird, and Sol is nearly always blinding, no matter the time of day, totally unlike the days when this Big Cat was growing up ... heck, most of the time you can't even see the outline of a disc... and no, the Kougaress did not trek down to her mailbox in this bitter cold... blessed Divine help to anyone who needs a way to stay warm, especially the innocent and good.

Stay warm and cuddled, darling kittens, in this cold, often cruel world. And remember, this Big Cat loves ya!
~~~~~~

Unfortunately, the Kougar got little done on her WIP 'cause it was a brutally frigid day and she had too much to take care of, fast.
~~~

The Legend Of The Michigan Dogman
by Rebecca Gillan

Crashing UFO Releasing Orb Filmed In Southern California - Jan 2015 (Video) CONTRIBUTOR: Jeffery Pritchett. Witness stated: "I was driving home after work when this UFO or whatever you call it caught my eye. I pulled over in front of somebody's house to film it. I would have got a better shot but I didn't want to jump these peoples fence." "Anyway I don't... ~beforeitsnews.com~

Motorist Photographs UFO Over Itatiba, Brazil
The images were captured on Christmas Eve; with several lights, the object appears in three pictures recorded over a building. — The UFO Chronicles
~~~~~~

Forget asteroids, mammoths were killed off by HUMANS: Charred debris was made by man-made fires and not a cosmic impact, scientists claim ~dailymail.co.uk/sciencetech/article-2900289/Forget-asteroids-mammoths-killed-HUMANS-Charred-debris-man-fires-not-cosmic-impact-scientists-claim.html
~~~~~~

Mystery of the glowing orb
Bizarre fireball that splits in two could be a meteorite burning up in Earth's atmosphere. — Mail Online
~~~~~~

Any cell phone as long as it is charged will dial 911! It is the law in
the USA.
That old cell phone in the drawer... Hand him the charger and the phone.
Tell him it only works for 911. It is just an emergency phone and it
doesn't cost a thing. The old I've fallen and can't get up... Lots of
seniors are carrying phones that once belonged to a younger family
member and they carry only for 911.
~~~~~~