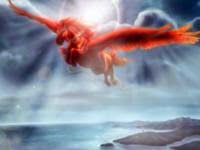 Late night mews, new year nocturnal-dancing Felines... the unseasonable warmth continued on the tame prairie... yay! ... although, the north wind was sharp and chilly... but who cares since the sun was out for most of the day... the squirrels were racing about taking advantage... and this Big Cat got a bit of yard work done... all while being busy-busy getting odds and ends of stuff taken care of... wow, what would it be like to live in a world where the complications were kept to a minimum??? instead of this insane bureaucratic, way too complex world that has been designed to keep us all too busy to do anything but just try to get by and survive???

Keep spreading the love, darling kittens. And ride the tides of chaos by taking care of each other. And remember, this Big Cat loves ya!
~~~~~~

So, the Kougar did get some good writing accomplished on her SHAPESHIFTER SEDUCTIONS WIP... and is about to start Chapter Eleven.

Also, the Kougar signed up for the linky blog SNEAK PEEK SUNDAY ~sneak-peek-sunday.blogspot.com~ She will be featuring the first six paragraphs of Chapter Forty-one from HER MIDNIGHT STARDUST COWBOYS at SHAPESHIFTER SEDUCTIONS.
~~~

Flames leapt higher as Tyburn tossed another log into the fire pit outside his and Rachel’s home.  The outdoor thermometer read 20 degrees.  A stiff wind blew over the roof dropping snow on to the patio.  Rachel sat regal as ever bundled up in her down parka, boots, ski pants, and crocheted hat and gloves.  On her lap lay a tablet with several lines of writing.  On the side table next to her, a huge mug of cinnamon chocolate truffle hot chocolate sat.  Steam rolled off it.

“You aren’t going to escape this any longer, Tyburn.” Rachel spit out in between her chattering teeth.  “The kids need names.”
~~~~~~

PETS ON THE OTHER SIDE 'NEWS' ~

Fascination persists over pets and the afterlife
Questions about the religious status of animals have always been with us.
— NY Times
~~~~~~

Apple Is Considering Storing Your Fingerprints In iCloud :Apple is considering using its cloud hosting service iCloud to store customers' fingerprints, so they can be synced to other devices when required — such as to pay for a purchase.
~~~~~~

At Least Two More Planets May Exist Beyond Pluto
Discovery News | Two more planets are circling the sun beyond Pluto?
~~~~~~